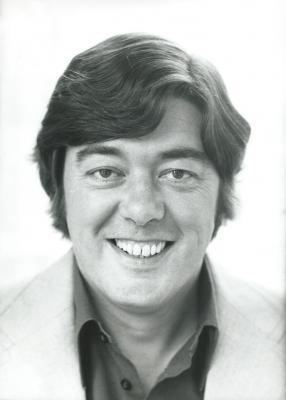 Tony joined the newly established Brentwood Review as a trainee journalist in August 1956, aged 16. He later became chairman of the NUJ’s Essex branch and was responsible for running the local press ball. He also helped to revive the Brentwood Carnival, and in 1959 helped launch an open air Shakespeare Festival.

Tony switched to the Romford Recorder working as a sub-editor – and played for the Recorder cricket team.

In 1964, he had a call from a friend on the Daily Herald which had been taken over by Mirror Group and was about to be transformed into the new Sun. Within a month, he joined (the Mirror Group) Sun as a features sub, then later worked as a diary reporter.

He moved to the Daily Mirror in 1969, working first on the Inside Page, and then as TV writer and TV editor. He was TV listings editor from 1990 until his retirement in 2000.

He covered all the TV stories of the time and previewed upcoming TV programmes, famously giving the verdict “Long John is short on jokes” after the first episode of Fawlty Towers, an opinion he quickly revised as the series progressed.

In the 1970s, with strikes taking place at the BBC and with ITV off-air, his stories were often front page news.

Tony died peacefully in Whipps Cross Hospital, Leytonstone. He is survived by his wife Barbara, children Susan and David and grandchildren.