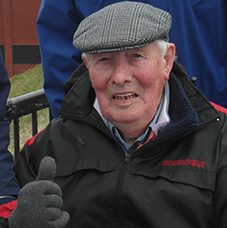 TERRY MERRIMAN, circulation rep for The Sporting Life, died on March 11 (2019) at the age of 80. His funeral is at noon on Monday, March 25 at Rainsbrook Cemetery and Crematorium, Ashlawn Road, Rugby CV22 5QQ.

His friend and colleague Terry Pattinson writes: “Terry Merriman was The Sporting Life’s circulation representative in the Midlands area. Firstly, he was a family man devoted to his wife Carole, and a very proud dad to two sons.

“His racecourse coverage was second to none and he was well known among the horseracing fraternity, including trainers, jockeys, racecourse management, and TV presenters – all areas.

“I knew Terry for more than 40 years. He loved his holiday breaks, especially in the Lake District. We met up there a couple of times in retirement and talked about the good old days. He will be sadly missed by all. RIP Terry.”

Peter Robins, former managing director at the Life, said: “Terry was a real grafter and dedicated to The Sporting Life. They don’t make ’em like that anymore.”