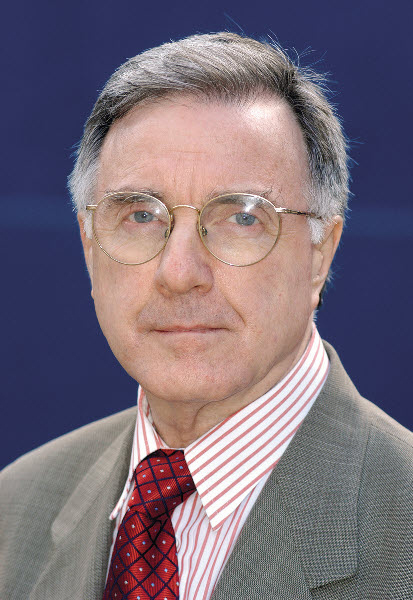 Colleagues can read many tributes to Steve Turner, and leave their own, on the website of the British Association of Journalists at:

Our old friend and colleague STEVE TURNER died yesterday – May 12 (2016) – after a long period of illness.
Steve, who was 80, began his long journalistic career on local papers in East London/Essex before setting up his own freelance agency, as well as freelancing for The Observer and the BBC flagship lunchtime news programme The World At One.
His first staff job in Fleet Street was as a news sub on the Daily Mail before joining the Daily Mirror features subs’ table. He then ran the Public Opinion readers’ letters slot and became one of the finest NUJ FoCs fighting tooth and nail for his colleagues.
After being elected general secretary of the NUJ, Steve left the Mirror. But, as you will recall, his time at NUJ HQ was a nightmare for him because the left-wingers who never wanted him elected in the first place plotted against him and stabbed him in the back.
Steve then founded the British Association of Journalists, recruiting many of his former Mirror colleagues who turned their backs on the NUJ out of personal loyalty to him and out of respect for what he had done for them.
During his time at the Mirror he met Debbie Thomas who became his second wife. They have a daughter, Rosie. Steve also leaves three children from his first marriage.
There will be a private family funeral followed by a public memorial service, at St Bride’s, Fleet Street, in September.

Steve Turner, the man who founded a journalists’ union

Steve Turner, who has died aged 80, was a terrific sub-editor but I think it’s fair to say he was an even finer trade union leader. Some members of the National Union Union of Journalists will not agree with me because Turner was famous for having formed a breakaway union, the British Association of Journalists.

There is not enough space, even on this website, to recount the details of the bitter internal NUJ struggle that led to the split. Suffice to say that Steve was elected as the union’s general secretary in 1990, was fired in 1991 – supposedly defying policy on print union mergers – and the following year became the founding father of the BAJ, which survives as “the recognised union for Trinity Mirror.”

I attempted to reconcile the NUJ and BAJ a couple of years ago without success. Steve and his committee decided against. Although I was disappointed, I wasn’t surprised. Steve was a man of rigid principle. It was that quality that made him far and away the most effective NUJ chapel negotiator I ever encountered. He was patient and diligent. He didn’t bluster or raise his voice. Even when provoked, he sought to control his temper.

Another former colleague, Revel Barker, negotiated alongside Steve, and later, when elevated to a management role, negotiated against him. He considered him “a tireless worker” for his members and “as persistent as a terrier”. Barker remarked: “Underlying all of his effort there was total commitment but also, thank god, a sense of humour.”

That took me some time to discover. Steve and I clashed when I ran a self-invented “casuals section” of the NUJ at the Sunday Mirror in the mid-1970s. But after one particular argument he did reveal an unexpected streak of humour, which helped us to remain on friendly terms. By the time I became Daily Mirror editor in 1990 he was father of the chapel and we found ourselves as allies rather than rivals in fighting off the crazy decisions of the owner, Robert Maxwell.

Like me, he started his journalistic career in Essex, in his case in Romford. He enjoyed a lucrative period after setting up his own freelance agency, working for the Observer and the BBC’s World At One.

His first Fleet Street staff job was at the Daily Mail, as a news sub. Then he joined the Daily Mirror’s features subs’ table, where he graduated to running the readers’ letters section when such things were still taken seriously on popular papers.

He also worked on the Sunday Mirror and had a specialist task every Friday evening: subbing the column written by Woodrow Wyatt. I worked within hearing of him and one of the weekly delights was to eavesdrop on the series of phone calls between Wyatt and the ever punctilious Steve as he sought to make sense of the irascible columnist’s raw copy.

I recall phrases such as “I’m only trying to help you make your point, Woodrow”… “well, you can’t say that because it’s not factually accurate”… and, inevitably, “I think the editor will agree with me if you do call him.”

It says much for the respect in which Steve was held that when he founded the BAJ, a large number of former Mirror colleagues quit the NUJ and joined his fledgling union. And he stuck by them. Once he took up a case, he never let go. Brendan Monks, a Mirror photographer who later joined the Daily Mail, said: “I really loved Steve. He helped me no end as I was leaving the Daily Mail. A good, honest guy who cared.”

From the British Association of Journalists (edited):

It is with great sadness that we report the death of the British Association of Journalists’ founding father, Steve Turner, at the age of 80.

Steve is a Fleet Street legend whose passion for justice and fair play led him to start a brand new union for journalists, even as the trade union movement was being slashed to pieces by government legislation. …

School-mates at the Royal Liberty, Romford, remember Steve on top of an air raid shelter supporting workers’ rights and haranguing the rich and privileged back in the 1940s. He never climbed down, fighting for the trade union cause his whole life.

He was elected General Secretary of the NUJ with a large majority. However, Steve’s clear-headed vision did not meet with approval from left-wingers and he was ousted. Steve then founded the British Association of Journalists, recruiting many of his former Mirror colleagues, and also the current BAJ General Secretary, Janet Shields, a very early member. …

Janet said: “If you want to know how Steve thought, read the aims and objects of his union on the BAJ website. In the past year I have had many, many reasons to be grateful for the negotiation tactics that he formulated. I hope I can live up to his memory.”