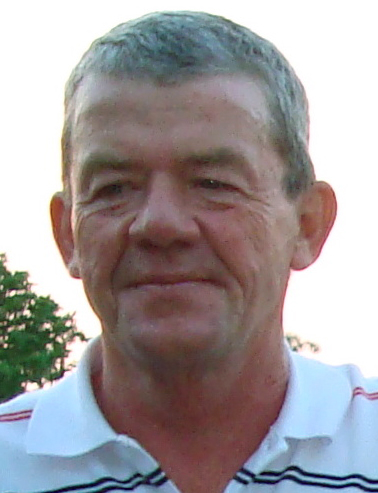 We hear from his friend and colleague Alex Henderson that ROD SHELLEY, a popular member of the Manchester Daily Mirror art desk, died on July 24 (2016) at the Baltimore, Maryland home of his daughter. He had been battling leukaemia. Rod also spent a number of years at the Daily Star before emigrating to Florida with his family.

Alex writes: “Rod Shelley was 70 when he died. He started on the art desk in the Manchester office of the old Sun before joining the Mirror in 1970. I had been a junior in Endell Street (London, WC2) but we kids sometimes knew of one another in London and Manchester.

Eventually, I joined The Sun sports desk and went on to become a Florida sports correspondent. Where I ran into Rod again.

He had been made redundant the early 1990s when the Mirror’s northern office downsized; he then casualled for the Daily Star in London. But travelling from his home in Diggle, Greater Manchester, and being apart from his family, got him down. So he decided to emigrate to Florida to give his family some sunshine – and indulge in his passion: golf.

Unfortunately, it was to be a bit of sad story because his wife died from cancer just a few years later, in 1998.

Rod and I spent hours over a beer or nine, or rather some Boddington’s (or draft Guinness in his case), talking about a Bacchanalian Fleet Street. All the characters and stories were raked over, particularly involving the likes of George Harrop, John Maddock, Tony Smith, Vic Mayhew and other northern reprobates.

Rod was a really lovely fella. A good friend. Never a bad word for anyone… except perhaps when recalling a few occasions when the print unions had tried his patience.

He was a Mirror man to the core and had extremely fond memories of his 20-odd years on the art desk.

Rod had three daughters, Susan, Karen and Pamela. He went to stay with Pamela in Baltimore only a week ago so he could see his grandchildren for the last time. He requested no formal arrangements. Just a tree for his ashes and any donations to the Leukaemia Lymphoma Society of America.”