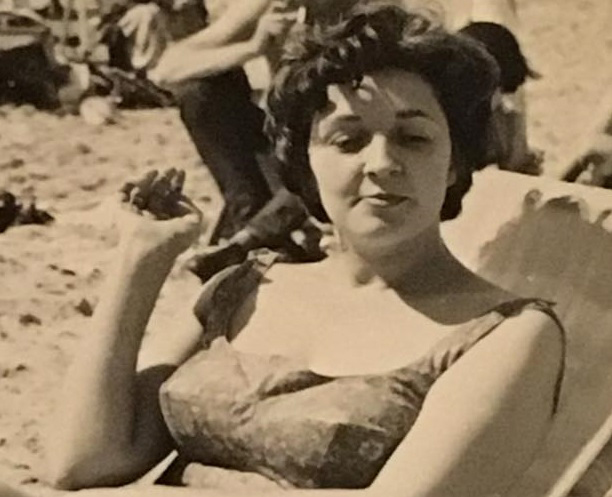 Former Daily Mirror journalist Paula Howitt, known as PAULA JAMES throughout her career, has died aged 86, after a short illness. Paula died last month in Manchester where she retired after more than 40 years in the news industry. A funeral service was held on Friday (October 20, 2017).

Paula started her career at the Finchley Press in north London before heading to Fleet Street. She worked at the Mirror from 1958 to 1976, and later spent a decade writing for the Folkestone Herald before retiring.

During her 18 years with the Mirror, Paula covered human stories and what was then known as the “woman’s angle” on current affairs. She also worked as a royal and occasional foreign correspondent on the paper. Notable assignments included touring Vietnam in the closing stages of the war, and visiting Black Power prisoners in Washington. In her last years at the paper she wrote features for the Mirrorscope section and contributed a regular column.

According to her son Nick Woodeson, one of the most significant stories for his mother was reporting the 1966 mining disaster in Aberfan, Wales, which claimed the lives of more than 100 children. He said: “The event shaped her passion as a writer, and her ability to convey with feeling and compassion the human story of lives caught up in events. Her pride was the many letters she received from parents and locals who were moved and helped by the compassion of her reporting.”

He added: “She was no soft touch and considered herself an equal, always, with men. She would never describe herself as a feminist, believing more in merit. She had an incisive wit and humour, and was a brilliant interviewer.”

Paula James married Frank Howitt, then a reporter on the Daily Express, in 1975. Both took redundancy from Fleet Street a year later and moved to Deal, Kent, where they published The Channel Express, a newspaper targeting visitors to Dover and the Kent Coast from across the channel. After it closed Paula went on to run the newsdesk and write a column for the Folkestone Herald, where she worked until her retirement in 1995.

Said Nick: “Paula was liked and loved by many – the well-known, fellow journalists, fellow pub-goers, cleaners, and carers. She was always both interested in others, and interesting, opinionated – always. She simply loved the dramatic side of life, and most of all her close family.”

Paula is survived by her children Nick, Elizabeth, Tamsin and two grand children.

From JOHN SMITH: In an era when women found it much harder to break into Fleet Street, Paula James would have resented being referred to as a feminist. Back in the 1960s she had already single handedly won the battle to prove that she was as talented, tough and tenacious as any national newspaperman and she needed no army of activists to help her do it.

When I joined the Daily Mirror in those heady days when the circulation nudged five million, Paula and another great Mirror reporter named Annie Lloyd formed a formidable female twosome who expected and received no concessions for being women. In the pub in a hard-drinking session, or on the road elbowing their way past formidable opposition on the big story of the day, they earned the respect and admiration of even the most hard-bitten Fleet Street veterans. She even married one of them – Frank Howitt was in the front rank of a dazzling team of Daily Express reporters that Paula so often found herself up against.

Despite being one of the Mirror’s star performers, Paula never failed to extended a welcoming hand to newsroom newcomers such as myself, but woe betide you if you worked beside her on a demanding story and failed to match her own exacting standards. Supremely self confident and always elegantly dressed, Paula’s professionalism broke down the barriers of prejudice in Fleet Street long before “feminism” became a buzzword for equality.

From JOHN EDWARDS: I am very deeply saddened by the news of Paula’s death. I knew her so well. She was a whole bundle of fun and a hard-drinking, hard-smoking real old Fleet Street woman reporter with whom you would never want to take issue.

She and Anne Lloyd-Williams formed the old Mirror’s newsdesk woman strike-force. If you saw them coming the best thing to do was put out the light and lie on the floor. They were a pair of toughies. Their like is unknown and almost disbelieved in newspapers today.

I can see Paula now in a phone booth, phone cradled btwn shoulder and ear, cigarette between the fingers of her left hand, and rattling off a story to a copytaker from the notebook in her right hand. There would be whisky in a glass wherever she found a place to rest it. Takes a lot of practice to do all that at the same time.

Paula was old school Fleet Street and that style was pretty much gone by the end of the sixties. Definitely by the seventies. They were marvellous, roaring days. And Paula and Annie Lloyd-Williams roared as loud as anyone and were the best sort of company you could imagine.

Their era is just about forgotten. The lifestyle gone forever.

But all those who worked with the likes of those two women will tell you how glad they were to get a job in such an exciting and glamorous business.

BRIAN BASS adds: Paula was also known for her wicked sense of humour. She was once annoyed by then assistant editor in charge of Mirror features Tony Miles – no one can now remember how. Paula took her revenge by re-writing Tony’s Your Stars paragraph, forecasting dreadful crises that would blight Tony’s every day for weeks to come.