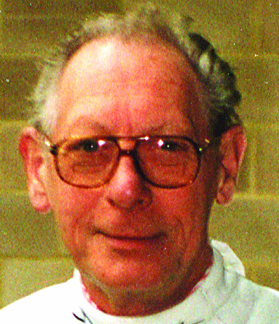 NORMAN WILLIS, who retired in 1998 after a long career in the group’s advertisement sector, principally on The Sporting Life, died on January 31 (2018) aged 84.

He began aged 15 on £5.00 a week in the clerical offices of The People and Daily Herald newspapers (Odhams Press) in The Strand opposite the Law Courts. After his National Service he went to The People advertising copy dept where he became assistant to, and later, the make-up manager on The People. After that he joined the advert sales force as a salesman for all titles.

Norman was promoted to deputy advert manager of The Sporting Life, and continued there until he retired.

An avid sportsman and fitness fanatic, Norman’s sporting passions included fencing, squash, volleyball, badminton, walking and the gym. He was also a qualified coach/instructor. In 1962, aged 29, he qualified as a physical pducation pnstructor via the British Association for Physical Training. He later took a fitness training for sport course at LCC College of Physical Education.

By chance, Norman later met the national coach for the All England Netball Association, and became the AENA fitness training instructor for the next eight years, during which there were two World Championships.

Norman was also the Land Training Instructor of the Thames Tradesmen Rowing Club, and later was awarded a Fellowship to the British Association for Physical Training.