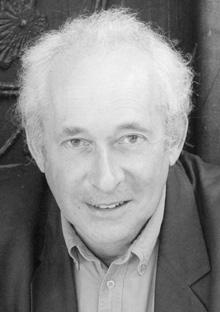 MURRAY DAVIES, a senior, admired and much-liked reporter and feature writer on the Daily Mirror and The People from 1974 to 1997, and later a successful novelist, died on September 10 (2014) aged 67, following a long illness.

Born on August 2, 1947, the son of a miner from the South Wales valleys, Murray went to the celebrated Lewis School in Pengam (where he just overlapped with Neil Kinnock, and with the rugby player John Dawes, who subsequently captained Wales and the British Lions) and from there to the University of Aberystwyth, where he met his lifelong partner, Glenys Hughes. After his degree in international politics he did an MA on the poetry of the First World War, and then went into journalism, travelling the time-honoured route of local paper (in his case in Southend), news agency, shifts on a national, and eventually, staff job. After working on the Daily Mail, Murray joined the news room of the Daily Mirror, as a staffman, in the autumn of 1974.

In the years that followed, Murray typified the sort of energetic, young hard-news reporter of the final decade of Old Fleet Street and slotted effortlessly into the flamboyant and larger-than-life culture of the pre-Maxwell Mirror (which when he joined it was the biggest-selling daily paper in the western world), not least because he was larger-than-life himself. Not only full of fun, and friendly, generous and open to all around him, Murray was also sharp, quick and brave – he reported from the heart of the Angolan civil war and other trouble spots. His considerable journalistic gifts were perhaps best expressed when he became the star writer during Bill Hagerty’s all-too-short tenure at The People in the early 1990s, and pushed the bounds of the serious journalism in tabloid newspapers.

His later years at the Mirror group, especially with the growing trend for celebrity stories, were less satisfying. Murray resigned just before his 50th birthday and became a writer of fiction. Over the succeeding years he published six novels, all well regarded; a seventh, Bad Blood in Meantime, was awaiting publication when he died.

Murray wrote most of his novels in the cottage he and Glen had bought in the Wylie Valley in Wiltshire, where he was very happy, and added riding and flyfishing to his many sporting accompaniments. His later years were to some degree blighted by illness, but there was also the considerable happiness of being reunited with Maddy, his daughter from a brief relationship when a young man, and her children. Glen, his widow, survives him.

Murray was one of the most popular figures in the Mirror newsroom of the 70s, 80s and 90s. He had enormous generosity of spirit, and he was completely straight (not always the case in Old Fleet Street) without a hint of self-importance; he had a great heart, and he will be keenly missed by all who knew him.