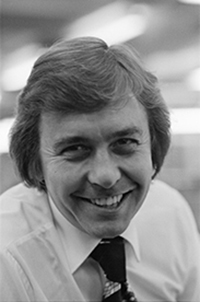 Len’s funeral in Canterbury on November 28 will be private, family only. On the same day, though, all are welcome at a memorial  service at 1pm in Len’s village church – St Michael’s, 3 St Michaels Cottages, Hernhill, Faversham ME13 9JU – then on to Len’s local pub, The Red Lion, to raise a glass or two.

Although Len had been suffering from Parkinson’s in recent years, he still kept active … and got himself to the pub every day whether he needed to or not! His son Rob, picture editor on the Daily Star, says Len had been in the Red Lion, as usual, on the day he died, putting the world to rights and talking about his beloved Arsenal.

‘He was the best’

KENT GAVIN pays his personal tribute: My dear friend and colleague and legendary picture editor of the Daily Mirror Len Greener was due to meet myself and other colleagues at Langan’s for lunch on Friday (November 10 2017), and news of Len’s death came as a deep shock when I heard from his son Robert early that morning.

Len was picture editor of the Daily Mirror for 17 years. He was a breath of fresh air, and during his time revolutionised photo journalism. He would often think up the headline for feature photographs and suggest the idea to the photographer – and millions of of Mirror readers loved it.

Len was also there when the Mirror made the change from black and white to colour. And he employed many young photographers giving them their break into Fleet Street.

I cannot begin to pay enough tribute to Len, both as a friend and colleague. He was the best and will be sadly missed.

A personal memoire from Len’s friend JOHN SMYTH (ex- Mirror, News of the World, Sun.) Len Greener was at the top of his game as a picture editor in times of fierce competition between the Daily Mirror and pretenders to the popular-newspaper crown, when exclusive meant what it said. Landing a scoop picture or story was a matter of pride, a major achievement which sent the opposition scurrying to match it. Unlike today, when an exclusive story on a newspaper’s website will be lifted wholescale by all and sundry and re-posted online within minutes.

But it wasn’t all dog eat dog in Len’s day. His relationship with other picture editors was mostly cordial. He worked by the code that it was sometimes better to share a hard-won picture with a rival, on the understanding that the gesture would be returned in future, sparing the embarrassment of having nothing to illustrate a top story. Len would fret if he got wind that the opposition had a picture he needed and would say: “I need to call in a favour.”

Socially, there was no better colleague and friend than Len. Conviviality was his nature. Though he lived latterly in a Kent village, this publican’s son never forgot his North London roots — and his beloved Arsenal. He turned the cellar of his cottage home into the Gunners’ Bar. Which was a bit of a luxury, really, as he and his wife Maureen lived right next door to the village pub.

Len’s career took him from the Mirror to the Daily Express and later the News of the World. I was lucky enough to share train journeys to work with Len and Sunday Mirror news editor PJ Wilson. On the morning run, we would immerse ourselves in the whole range of daily newspapers, looking for ideas to follow up.

Going home we would aim for the 7.40pm train from London Victoria to the Kent coast, the last service on which you could guarantee there would be a buffet car. This was our pub on rails, where we laughed away the deadline and other pressures of the day over cans of McEwans Export.

Yes, work was hard, but play was fun, too. Len Greener loved life. His memory and his expertise live on through his son Rob, picture editor of the Daily Star.