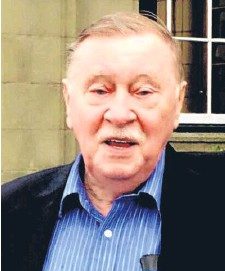 Lachie began his career at the Scottish Daily Express in Dundee and after a spell at Slough joined the Daily Record in 1965. He took early retirement in 1994, shortly before reaching his 30-year service mark.

He worked on all of the Record’s major stories, including the Lockerbie air disaster, before joining the news desk team.

At his well attended funeral service on July 31, family and former colleagues paid warm tributes to a journalist who was remembered for his professionalism but also for his support and acts of friendship.