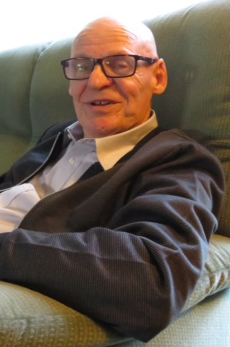 Former Sporting Life stalwart and later Daily Mirror production man JOHN WATSON died on November 13 (2019). He had been suffering from leukaemia. His wife Hilary said: “John was aged 73 when he died, and until last year was a very fit man, walking every day and keeping us all on our toes! Once he retired he got involved with the community in Hartley, and his enthusiasm knew no bounds. He became editor of our local church and village magazine The Hart, and used his vast experience to make it a very good read. His funeral was amazing with 150 present, including many of the “Lifers”. Bob Betts (former Sporting Life greyhound editor) told a couple of lovely stories about “Henry” and we think John would have approved of the day.”

Sporting Life colleague PAUL DUFFETT said: “John was always upbeat about the prospect of receiving treatment and being able to continue to enjoy life despite his condition. ‘It is treatable, but incurable’ was his synopsis. He was one of the first people to take me under their wing when I joined Sporting Life editorial in the 1970s, and he was a true gentleman. He will be greatly missed.”

NICK CLARKSON, the Mirror’s editorial pre-press production manager, said: “I worked with John from the day I started at the Mirror in Jan 1995. John was already in charge of the production team and remained there until he retired in 2007. He was a newspaper man through and through, always regaling stories from the good old days at The Sporting Life and Racing Post, and the not so good times working under Robert Maxwell.

“John was one of the kindest and most generous people I have had the pleasure to know. He was a compassionate man and would often disappear for a coffee to listen to someone else’s woes and give them a shoulder to cry on or the benefit of his wisdom, but he could also stick up for himself and his team when needed.

“When he finally retired, he kept busy working for local charities, including Kent Police and his village community, but family was really the most important thing to John and he was happiest at events when he had his wife Hilary and all the children around him. I met up with John and Hilary just a few months ago for a coffee and catch-up, and even then, while he was clearly suffering, his attitude was still upbeat and positive. He will be sorely missed.”