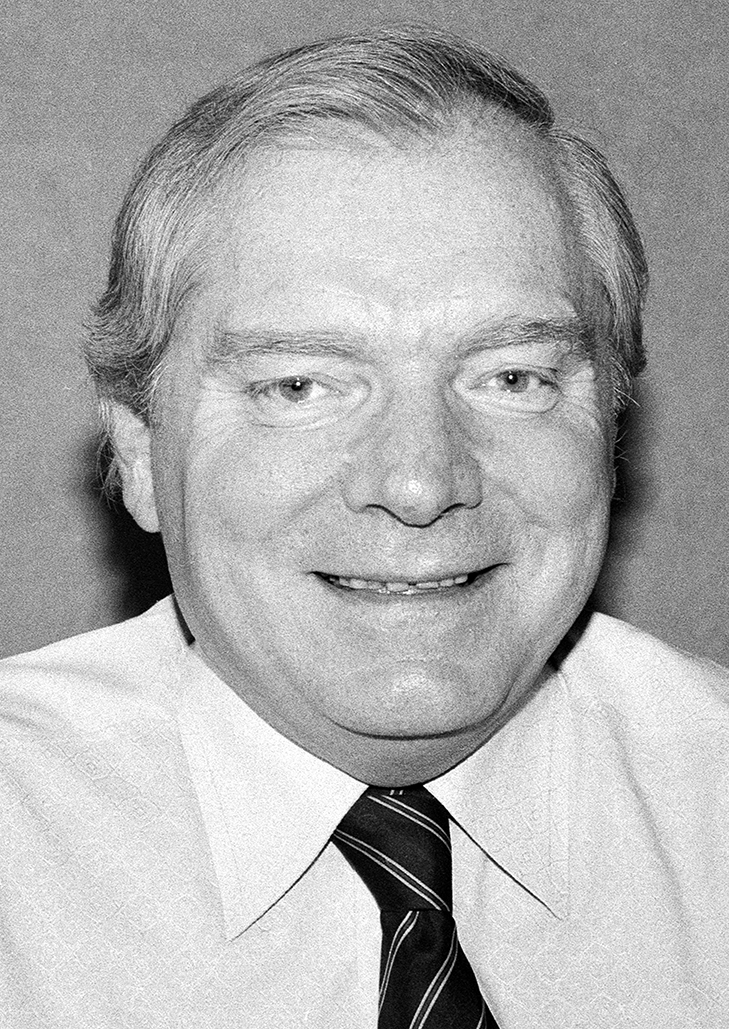 From The Times, 06/05/2019: John Knight – a Fleet Street character who danced with Cecil Beaton and claimed to be responsible for John Paul II’s historic visit to Britain in 1982

John Knight was in the front row for the Pope’s weekly audience at the Vatican. As John Paul II approached, Knight let out an audible sigh and appeared to stumble. The Holy Father grabbed him by the shoulders to prevent him from falling. In return Knight grabbed the papal shoulders and clung on.

Within an hour pictures began to drop in London of the Pope and Knight, hands on each other’s shoulders, in earnest conversation. The rest of Fleet Street was in uproar. How had John Knight of the Sunday Mirror — was he even a Catholic? — landed the exclusive story of the first visit to Protestant Britain by a reigning pope?

Knight travelled the world, interviewing the great and the good, as well as celebrities — though never soap opera stars. Ronald Reagan, Margaret Thatcher and the Duke of Edinburgh all spoke to Knight, and from their chats he produced sparkling features.

The idea to take on the Pope came during a long lunch at the Savoy Grill when Knight, a stylish exemplar of Fleet Street’s so-called glory days, confessed to his colleague Revel Barker that he had run out of people to interview. As Barker recalled: “Over the second round of vintage port, he had solved the problem for himself.” The newspaper’s Rome correspondent had no problem getting him a public audience; the rest was down to Knight. Whether or not inspired by Knight, the Pope’s visit took place in May 1982.

Drollery and a way with words were Knight’s stock in trade, skills that came in handy in 1988 when the MP Michael Meacher unsuccessfully sued The Observer for libel after the paper questioned the humble background from which Meacher professed to emerge. Knight had previously interviewed Meacher for the Sunday Mirror. Asked by Meacher’s counsel if he had enjoyed the luxury of having several days to write his article, Knight replied that he had met Meacher in the morning and he had written his piece in the afternoon, adding: “So it was red hot from the presses of my mind.”

Knight belonged to Fleet Street’s finest tradition of bons vivants. Once he disappeared for lunch for three days. Upon his return he was asked where he had been. “On the piss,” he said. “Oh, thank goodness,” replied his editor. “We were worried in case you were ill.”

John Shirley Knight was born at Leamington Spa in 1929; he had an older sister, Christine, who became a journalist on Woman’s Own and predeceased him. Their father, Robert, was editor of The Leamington Spa Courier; their mother, Emsie (née Choules), was headmistress of a primary school.

His daughter, Henrietta, recalled that “school was not his thing” and by the age of 14 Knight was writing for his father’s newspaper. His father told him that he would buy him a Bluebird typewriter if he could write for a rival paper. John, aged 16, wrote reviews of Shakespeare from Stratford for The Warwick Advertiser and received his typewriter.

Three years later he was at the Daily Mirror in London. At various times he worked for Reynold’s News and the Daily Sketch, but invariably returned to the Mirror stable as a columnist, feature writer and political commentator. He danced the pavane with Cecil Beaton at a nightclub in St Tropez, befriended John Ward, whose daughter, Julie, was killed in Kenya in 1988, and checked into the Betty Ford Clinic under a pseudonym to write a series of exposés.

While covering the Cyprus emergency in the late 1950s Knight woke to find that his breakfast had not been delivered and set forth in his pyjamas to investigate. The housemaid’s room was empty and the lift was not working, so he walked downstairs to reception where he was met by a squaddie who asked: “What the hell are you doing here?” “I’m looking for my newspapers,” Knight replied. “You can’t be,” said the soldier. “The place was evacuated at five o’clock and it blew up at six!”

Knight was a regular visitor to the matrimonial altar. With his first wife, Thelma (née Needham; 1959-68), a fashion designer, he had a daughter, Henrietta, who is a freelance journalist. With Gloria (née Stewart; 1968-79), a journalist, he had two sons: Robert, who lives in Paris; and Alexander, who is in Singapore. In 1979 he married Valerie (née Phillips) and they had a daughter, Rhiannon, who worked for the BBC until recently. He and Valerie also divorced, but later remarried. She survives him with his four children.

An enthusiastic curator of his own mythology, Knight recalled how on one occasion he was in South Africa to write a feature on the Mandelas and was staying with Winnie, who was an outrageous flirt. Admiring the Evelyn Waugh novels in her library, he asked which was her favourite. “Black Mischief, of course,” came the reply.
John Knight, journalist, August 28, 1929–March 20, 2019.

RAY WEAVER: I worked with John on the Sunday Mirror when he was a reporter. He was a kind and thoughtful gentleman and a joy to work with, particularly on difficult news or features when his patience shone through.