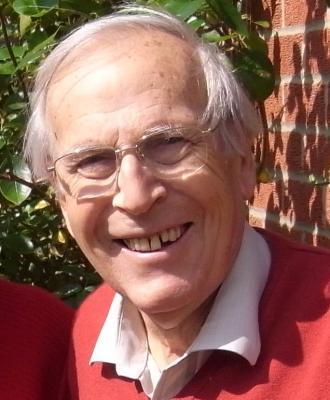 John Desborough, CBE, former chief political correspondent of the Daily Mirror, died on his 84th birthday on November 8. He had been ill with cancer for three years. There have been many tributes to John the man and John the journalist, writes David Thompson.

In their early days on the Mirror, John and Alan Shillum, later news editor, worked along side one another on the news desk. Alan remembers John as the “nicest and kindest man I ever met”, as a colleague who had an urbane and pleasant manner when dealing with readers who phoned in, and somebody he would always go to for advice.

John was calm under pressure and had an understated sense of humour. But he was an unusual Mirror man in two ways. His parents were teetotal – he signed the pledge himself aged seven and never tasted alcohol. His wife, Julia, said he was so strict that he wouldn’t even eat beer-battered fried fish.

And John was the first and only member of the Mirror political team to join Conservative Central Office, becoming director of information for Norman Tebbit.  When head-hunted by Central Office he said: “You don’t know much about me”, to be told “We know all about you.” John spent three years at Central Office and then he and Julia retired to the Norfolk village of Smallburgh. He was chairman of the parish council for a year and both he and Julia were active in their Anglican church.

At a lunch to mark the centenary of the Lobby, John, then chairman, introduced the guest speaker Prime Minister Margaret Thatcher. She described his speech as “magnificent”. John also had prowess as a speech writer and political satirist (contributing songs, poems and prose for Conservative revues and publications). In retirement he compiled two monthly Conservative publications, one of them until a few months before he died.

John entered journalism on the Northamptonshire Evening Telegraph in 1946 where he worked until 1953, apart from National Service as a Royal Army Service Corps sergeant shorthand writer and clerk at the War Office in London. He was one of the very few soldiers to go to work in civilian clothes. John met Julia, a 19-year-old reporter, at the Telegraph.

In 1953, then engaged to Julia, John joined the Birmingham Gazette and Despatch and Julia moved to a London magazine. John followed to the Exchange Telegraph News Agency in London reporting the Law Courts and general news. There was a brief period in PR for a steel maker before John returned to Extel as diplomatic and political correspondent and then deputy news editor. After Extel closed, John joined the Mirror news desk in 1966.

There is a poetic touch to the Desborough family – all the Js. John and Julia married and had three children: Julian, Jonathan and Joanna.