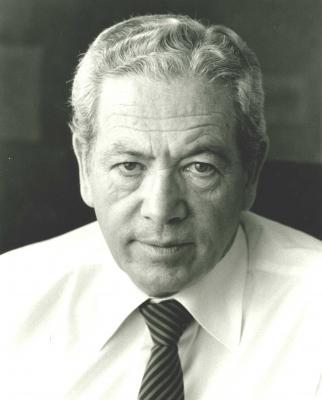 JACK REGAN, for many years Circulation Manager of the Sunday People, died in March aged 91. After retiring he enjoyed spending time with his daughter Lesley and beloved twin granddaughters Clare and Jenny.

The industry knew him as aggressive and enthusiastic, passionately devoted to the task of ensuring everyone had his title “Top of mind”. Quick witted, dapper, big on personality and with many skills, he thoroughly enjoyed the rough and tumble of the publishing hours on Saturday nights. His in-depth knowledge of our industry often gave him an advantage over the competition. His style was “leadership by example”, giving those around him confidence to tackle the tasks he asked of them. Those with doubts he charmed into changing their minds. When all else failed he would point to the motto on his office door. It said: “Please be reasonable – do it my way”. Most people did.

Jack had a colourful life, but few knew about it. He was born in Cardiff’s Tiger Bay and had a tough upbringing; learning to box seemed the natural thing to do. After moving to London with his mother at the age of 12 he attended night school. There he discovered a love of literature that lasted all his life.

His first job in Fleet Street was in the mid-thirties as an office boy at the Daily Mirror. His conscience, and his get-up-and-do-things attitude spurred him to join the International Brigade and fight in the Spanish Civil War. In World War Two he served with distinction in the RAF as a rear gunner. He was shot down over France but never revealed how he managed to get home. He loved France, its people and its produce, returning there often and always receiving a warm welcome. The end of the war saw him filing copy from India followed by a spell in New York sourcing much needed newsprint.

I first met him following the Mirror’s acquisition of Odhams Press. We were reunited during the merging of the circulation sales forces at MGN. Later he invited me to become his deputy on the Sunday People and, largely due to his leadership, it proved to be the most rewarding period of my career. I liked him as a man, respected him as a manager and am proud to have remained his friend. Jack led a remarkable life, but then Jack was a remarkable man.

TONY speaks for a lot of people in the circulation areas of the newspaper business, both inside MGN and in the wider distribution field. I worked with Jack Regan for a comparatively short time so didn’t know him well, but then again, few did. Even so, it didn’t take me long to realise that he had a vast knowledge of the business, knowledge he generously shared with newcomers. He was reliable and professional, tackling everything he did with commitment, energy and enthusiasm. He was very well respected by all who knew him. I am sad to hear of his passing and I honour his memory.