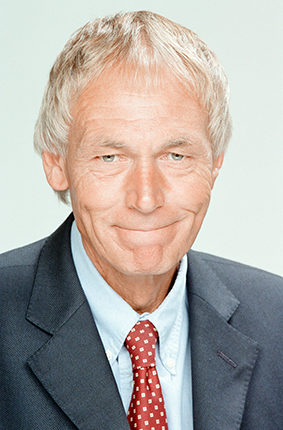 IAIN MAYHEW, former Daily Mirror news sub and later its travel editor, died on August 17, aged 70. Universally and affectionately known at the Mirror as “The Vision” due to his film star good looks, he was described by a colleague as “one of the good guys, a very talented all rounder and a decent human being”.

PAT WELLAND writes: Iain Mayhew was one of the Mirror’s most talented journalists and a true legend of Fleet Street. He was recognised by Fleet Street insiders as one of the most complete operators in the business, not only excelling as a top-class creative production journalist but also reporting from war zones.

He worked for a number of national titles. But at heart he was a Mirror man, and for nearly 30 years the paper was fortunate to benefit from his consummate skills in writing, editing and page design. Mirror editor-in-chief Lloyd Embley, who worked with Iain for 14 years, said: “He was an extremely talented journalist and wonderful company.”

After working as a junior reporter and sub-editor on papers in Lincolnshire, Bristol and East London – and following an unlikely spell as a labourer on the Colchester ring road – Essex-born Iain landed his first job in Fleet Street in the early 70s on the now defunct London Evening News. He moved to The Guardian but left after finding its reporters, used to being ticked up regardless, unreceptive to rewriting.

After shifting on The Sun, Iain first joined the Mirror in early 1976 where his light and clever touch was admired at a time when the paper allowed subs more latitude than today. He was appointed a respected deputy chief sub in 1984.

Two years later, he joined The Star as features editor. He briefly, and very publicly, left the paper in principled protest at its headlong plunge to the bottom of the market under the controversial then editor Mike Gabbert, but rejoined soon afterwards when Brian Hitchen restored the paper’s fortunes. Iain rose to associate editor, and during his time on the paper reported in 1991 from Tel Aviv during the First Gulf War while the city was under attack from Scud missiles.

Former Star deputy editor Nigel Blundell said: “Iain transformed the tabloid rival with his stylish page designs and witty headlines. He was one of the last of the old Fleet Street greats.”

After leaving The Star, Iain returned to Mirror Group, working on The People and European. In 1993, he joined Thomson Newspapers for whom he reported from Goma on the aftermath of the 1994 Rwanda genocide. He again rejoined the Mirror in 1996, moving to Features where he took on his final role as a hugely productive travel editor, breathing new life into the pages and making a string of important contacts in the industry, including Richard Branson, who invited him to his private island of Necker.

For years, Iain was universally known to his colleagues as “The Vision|” for his tanned good looks. As travel editor his peripatetic movements were so frequently a mystery to the office he acquired a second affectionate nickname – the “Mahogany Pimpernel”. Once, expected to be in the vicinity of Canary Wharf – or at least the Home Counties – Iain’s whereabouts were established only by chance when the picture desk found a pic of him standing that day beside Branson in some exotic location thousands of miles away.

Softly spoken, possessed of a strong sense of justice and ever willing to support colleagues, Iain brought a gently anarchic air of the turbulent world of hot-metal Fleet Street to the more clinical newsroom of today. Old Fleet Street was in his blood, but he was among the first seamlessly to adapt to the fast-moving challenges of new technology. Iain was, indeed, one of the last of his kind.