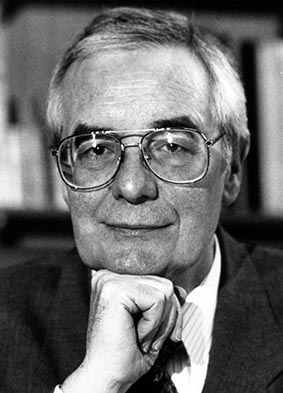 HERBERT PEARSON, former Daily Mirror features executive and past editor of The European, died on February 12 (2019). He was 82.  Pic: Mirrorpix

Herbert Pearson’s passion was literature and writing. Following National Service he managed to secure a job as a junior reporter with the Scunthorpe Evening Telegraph. He was quickly promoted to chief reporter and then became a sub-editor at the Grimsby Evening Telegraph.

Following a stint with the Yorkshire Evening Post, he moved on to the Manchester Evening News and The Guardian before joining Mirror Group Newspapers, first in Manchester and then in his spiritual home – Fleet Street.

During a long and successful career at MGN, Herbert held various executive positions in features and was instrumental in the implementation of new technology at the group. He later became managing editor, and then editor, of  The European.

(Herbert’s funeral is on March 5 at 12.30pm at Beckenham Crematorium, Elmers End Road, Beckenham, Kent BR3 4T. There will be a reception/gathering afterwards at Beckenham Public Hall, 4 Bromley Rd, Beckenham  BR3 5JE.  All are welcome – certainly all his old work colleagues and friends. There will be family flowers for the coffin – but donations in Herbert’s memory are invited to the Royal National Institute of Blind People.)

HERBERT:  It is sad that our number has once more been diminished, but it also good in that so many of the Daily Mirror band of brothers, and sisters – the rare vintage of journalists who arrived there in the mid-to late 1960s to early-ish 70s – are represented here today, either in person or by warm messages about Herbert Pearson.

Rose-coloured spectacles, perhaps, but in recollection that does seem to have been very special time. And Herbert was one of those very special people who maintained friendships made there – friendships with a like-minded, talented, fun-loving bunch – until the end of his life.

Herbert (never “Bert”) Pearson arrived in the Mirror features department a little after me. We hit it off from the start, working and laughing alongside one another and drinking and laughing in the infamous Stab in the Back, just across the street.

I had also become friendly with a PR from the Irish Tourist Board, Paddy Joyce, and when Paddy, Guinness in his fist in the Stab, asked if I fancied a weekend in Dublin … “bring the wife and I have another spare seat on the trip if you want to bring a mate” … I was soon on the pub phone calling Herbert. What a weekend that was: Paddy, me, my then wife and Herbert painting Dublin green, red being inappropriate for the location.

I think I wrote a short travel piece for the paper, although memory of such trivia is unreliable. I know I wrote a piece about a hovercraft break in France which I headlined “Hover Over from Dover”, which tickled Herbert’s sub-editing sensibilities so much that he never forgot it – although I am fairly certain neither of us made that particular trip.

Years passed, we moved on, me to other papers in the group, Herbert to other Mirror Group departments. He became a key figure in the implementation of new technology and the introduction of it to hacks used to em rulers, scissors and paste-pots, and page lay-outs drawn in pencil on paper.

He was of course very clever, sometimes disarmingly so. I knew he had left the Army after National Service able to speak fluent Russian – I observed that he was probably moonlighting for MI5, which amused him and was something he never actually denied. Later he was an obvious choice to be a member of the first editorial team sent to Moscow to report on the viability of one of Robert Maxwell’s expansive – and sometimes crackpot – plans, this one for Moscow News, in which the publisher had bought a stake. My spy theory gained credence immediately among the conspiracy theorists within the organisation.

But there were real hidden depths to Herbert. Don Walker, a close friend and skilled amateur musician, recalls visiting him and being intrigued to see a piano in his living room. “Do you play?” he asked, whereupon Herbert – or Herbie as Don fearlessly called him – sat down and played, faultlessly, part of a Bach Partita, and when complimented murmured, “Yes, but I’m a little out of practise.” And he never mentioned the piano again.

When John Garton, long since domiciled in Florida, read Don’s piano email, he commented. “I had no idea he played. But he was an extraordinary man and I do remember that he was always making up names for colleagues. Mine was Sir Edward Garstang, but he never told where that came from either!” My research reveals that Garstang, a small town in Lancashire, for a period had Sir Edward Walpole as its Lord of the Manor. Hope that helps, John!

And then there was Herbert’s short-lived adventure as an entrepreneur, when he and friend and colleague Brian Bass decided they would become the part-time media moguls of the print world. It all started so well. They landed a contract to produce a monthly newspaper for the Family Planning Association, but after a financial squabble with the printer that ended with them telling him where to go – well, that was the sentiment, even if the terminology was slightly different – they decided to concentrate on their Mirror careers.

It was a wise decision as, in later years, Herbert progressed to working with Charlie Garside as his deputy editor at The European and then to the editorship itself. And he never really left the news business: in later life, he became a popular and valued reader for Newspapers for the Blind, until, sadly, his own sight became too poor for him to continue.

Herbert’s passing prompted a flurry of heartfelt tributes. Gerald Mowbray wrote: “He was a good colleague and friend who had a twinkle in his eye and saw the happy side of life.” Mike Gallemore recalled him as “an all-round good guy”.

But my favourite of all the messages I have seen – and I suspect it would have been Herbert’s too – was from Alex Collinson, who wrote: “My wife Gill candidly admits that she would have run off with him given the slightest encouragement, though Herbert was far too much of a gentleman to do such a thing.” That gentlemanly demeanour means Alex and Gill are still together and Alex is here today to help celebrate the life of an extraordinary chap and friend who will be sorely missed.

As for me, well, he and I saw less of one another as the years passed, but always met at the annual Christmas lunch for Mirror employees, most of them from the golden years, when trips down memory lane are slow and enjoyable, a brisk trot being out of the question and no fun at all these days.

It was a pleasure to know Herbert and I shall always think of him fondly, especially when, although the hovercraft has long gone, I hover at the ferry’s rail on my way back over from Dover.

Gerald Mowbray: Very sad to hear of Herbert’s death. He was a very good and supportive friend and work colleague at the Mirror and later at The European. I’m sure that many will miss his thoughtful and wry humour – as I will…

Bill Hagerty: A wonderful friend and a clever bugger – when I first worked with him at the Mirror he was the only member of the staff – and possibly in Fleet Street – who spoke Russian, learned during National Service in the Army Intelligence Corps. Прощай, Herbert.

John Garton: A sweet, sweet man. Liked him a lot.

Mike Molloy: Herbert was one of the very few gentleman journalists I ever knew. Funny, kind, and a master of our trade. He also knew the lyrics of every number in The Great American Songbook. Truly a man with a song in his heart.

David Nathanson: I was a long time colleague of Herbert from Mirror Mag to Mirror features… sadly missed by many, I’m certain.

Caro:  He was special to me. RIP Herbert x.

Alex Collinson: Intelligent, urbane and charming hardly do justice to Herbert. He was a valued friend and ally during the dark days (and nights) on the Mirror when hot metal was yielding slowly and painfully to new tech. I am so sorry.