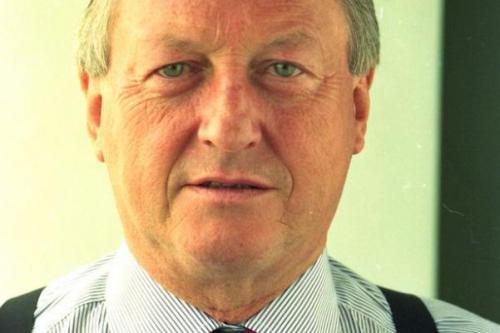 FORMER Daily Record chief reporter Gordon Airs died on February 14 (2015) after a short illness. He was 75. He was the paper’s chief reporter for almost 25 years  during a long and distinguished career.

Gordon Airs’s career spanned a golden age of Scottish newspapers with their fierce competition. He was one of that group of top reporters much valued by news desk executives for an ability to get all-important interviews. The stories he covered were as diverse as the killer butler Archibald Hall, the first Gulf War, and football World Cups. However, in 1975 Gordon Airs became the “gold standard” for reporters when he was sent to the police cells by a High Court judge.

He was giving evidence during the trial of seven men accused of various offences including conspiring for the purposes  of the Scottish Army of the Provisional Government of Scotland. He was asked several times about meeting someone from the Military Council of the APG and who that person was. (Gordon had been taken to the rendezvous by the Scottish Army extremists at gunpoint.) He replied he had given his word not to reveal details as it would be against his professional ethics.

Trial judge Lord Keith said: “Even doctors do not have a code of confidentiality and journalists don’t have it. So you must answer the question.” Gordon still refused to identify the man even after it had been pointed out that two other witnesses had revealed the identity of the source.

The judge held that Gordon was in contempt of court and sent him to the cells. He was in the cells overnight and was released on bail the following day. Thereafter his nickname was ‘Porridge’, both a mark of respect and affection. The contempt of court charge was sustained by the High Court at a later date. There was considerable anxiety in Government circles over the trial and references to the APG which was played out against the background of the conflict in Northern Ireland.

Airs took early retirement in 1994, and travelled extensively after that.

Malcolm Speed, who was the paper’s news editor for part of that time, said: “Gordon was a top reporter who never regretted his decision at the High Court to protect his source. He could be relied to deal successfully with the most difficult stories.” (Picture courtesy Daily Record.)