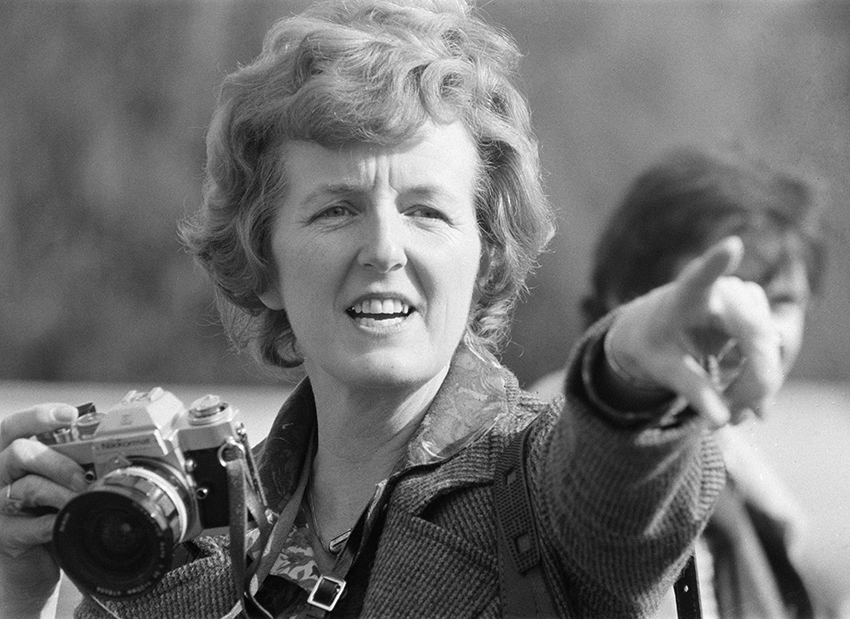 DOREEN SPOONER, the first female staff photographer on Fleet Street, died on April 21 [2019] aged 91. Her remarkable career spanned five decades, most of it spent on the Daily Mirror.

THE FUNERAL OF DOREEN SPOONER (1928–2019) will be on Tuesday, May 7 [2019] at 11am at Christ Church Esher, Church Street, Esher, Surrey KT10 8QS, followed by a private family cremation at Kingston Crematorium. There will be a celebration of Doreen’s life at The Equus Suite, Sandown Park Racecourse, Portsmouth Road, Esher KT10 9AJ from 12.30pm until approximately 6pm. We do hope that you are able to join us to celebrate the life and work of such a wonderful and inspirational woman.

From RAY WEAVER, former Mirror group picture editor: What a lovely lady and a great journalist. Apart from Anne Ward she was the only woman photographer on Fleet Street during our time. She never moaned about any job. She will be very much missed.

From BRIAN BASS, former Daily Mirror features editor: Doreen was one of the first and greatest snappers, never ever to be called someone’s “monkey”. The army of women who followed must be forever grateful she showed the way.

From former Daily Mirror feature writer PAUL CALLAN: What very sad news about dear Doreen. I covered so many stories with her. She was a joy to work with. There were so many things to love and like about her – her professionalism, her charming manner with difficult people she was photographing, and even her perfect French spoken with a South London accent – she had been married to a French journalist.

She also possessed a remarkable news sense. Once, when we were producing a feature on an anniversary of the First World War Battle of The Somme, we were in a village close to the old battleground. We were looking for a some veterans, but it was proving very difficult as any such a vet would be so old. But, undaunted, Doreen spotted in a bar where we were having a drink and about to give up on the search, a very old bloke sitting in the corner. “There’s one,” she said. She rushed across the bar and brought him over.

She was right: He was a survivor of the battle and we retraced with him his steps on the dreadful day when he (and hundreds of British soldiers) marched straight into German machine guns. We got a wonderful story thanks to Doreen’s sharp eye. Even Stotty was impressed!  She will be much missed.

By Rhian Lubin (edited from https://www.mirror.co.uk/) DOREEN’S 1963 photo of Christine Keeler and Mandy Rice-Davies having a drink in the pub launched her career.

She had a love of photography from a young age while the Daily Mirror offered her a world of big-time excitement – and together they just clicked. Mirror legend Doreen Spooner carved out an unrivalled name for herself as the first female staff photographer on a national newspaper.

To this day, in the Mirror editor’s office, is a huge image of a 1976 visit by the Queen. The only other woman in it is Doreen… the Queen of Fleet Street.

In an astonishing career spanning decades her lenses captured images of some of the world’s most iconic people. Yet she remained still the same “good old Doreen” when she passed away on Saturday night, with her devoted family at her bedside.

Over the years Doreen snapped a list of famous faces that reads like a Who’s Who of royalty, showbiz, fashion, crime, tragedy and many other areas of life. Veteran Mirror photographer Kent Gavin said: “Doreen was a legend among photographers worldwide and without a doubt among the Daily Mirror’s group of ace photographers. She travelled the world for the Mirror and she will be remembered among newspapers and photographic agencies for her outstanding work.”

Her dazzling array of subjects ranged from the Queen – hundreds of times – to scientist Albert Einstein, actress Sophia Loren, Paul McCartney, Frank Sinatra and Freddie Mercury. And the stories she covered went from The Troubles in Northern Ireland to the Greenham Common peace protests, the Zeebrugge ferry disaster and the Miners’ Strike.

But the picture that made her name and scooped her first front page was one she took in a London pub in 1963 (see intro). Christine Keeler and Mandy Rice-Davies were showgirls at the heart of the Profumo Affair and a court case rocking the British establishment.

On the first day of the trial she snapped them having a drink together. She remembered later: “I knew in my gut I’d got it. It’s easy to take photos but so much harder to get ‘the picture’, the image that somehow captures the essence of the people in the frame.”

Born in North London in 1928, Doreen developed a love of pictures through dad Len, who was Art Editor at the Daily Herald. She studied photography at college and joined the Mirror at 20.

As well as managing her career she raised three children and coped with a failing marriage to a hard-drinking photographer, Pierre Vandeputte-Manevy, whom she met in Paris. For several years she took a break from work but “had no choice” but to go back when she discovered Pierre’s boozing had landed them in debt. She stood by him, only divorcing in 1978, and was devastated in 1981 when he died.

There was always an anecdote behind every picture Doreen took, including the one of Einstein, who “wasn’t a happy bunny” as he answered the door to her. Sophia Loren was having taxman problems and was “p***ed off” but still looked beautiful. Among countless others Doreen snapped were the Duke and Duchess of Windsor, singers Lulu and Olivia Newton-John, model Twiggy and comic Marty Feldman.

She took a memorable shot of Labour leader Neil Kinnock falling into the sea at Brighton in 1983, and was there in China in 1986 when Prince Philip made his “slitty-eyed” gaffe. Along the way she smashed the glass ceiling by conquering macho Fleet Street – and paving the way for female journalists today.

Speaking to the Mirror back in 2016, she said: “What a time it was! I was so lucky to be a part of it. I like to think I played a small part in changing attitudes – never waving a feminist flag, just by getting on with my job.”

Cathy said Doreen was “very comfortable and happy” when she slipped away at home in Esher, Surrey, adding: “The family had been with her at her bedside all week and talking to her, reciting stories from her life.

“Even up until last weekend she was full of fun, full of mischief, just the good old Doreen. Singing nursery rhymes with her great granddaughter. She will be thoroughly missed.” 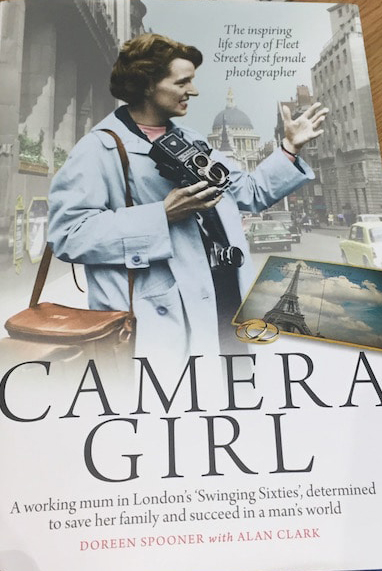