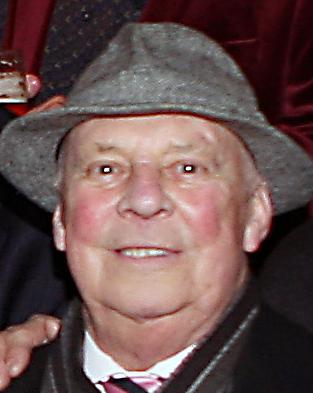 ALF RICHARDS, a Sporting Life stalwart since the Odhams days, died at home on May 3 (2014). He had been ill with cancer for some time, and asked to be allowed home from hospital to be with his family.

“Alfie”, as he was invariably known, was 82, and in August was due to celebrate 60 years’ of marriage to Peg.

Although readers never saw Richards’s name in print, former colleague Steve Taylor described him as “the form aficionado of the Man on the Spot team”.

Richards, who lived in Mottingham, south-east London, joined the Life in 1946 after leaving school, and was for many years in charge of the paper’s form room, where he forged lasting friendships across the racing press.

Since retiring, Richards, who was a fervent Millwall fan, regularly attended the annual Sporting Life reunions, both pre-Christmas and on the anniversary of the publication’s closure in 1998.

Former Sporting Life greyhound editor Bob Betts said: “Alfie was an outstanding person and outstanding footballer. He could have turned professional but for the war. He was the midfield general in the Life’s football team and was liked by all who worked with him.”

Racing Post data page editor Paul Duffett said: “Alfie was a Life man through and through, and was always a pleasure to work with. He never missed a reunion and was determined to be at the next one on May 13. He was loved and admired by family and friends. I will miss him.”

His funeral is at 10.45 am, on Friday, May 23 at Hither Green Crematorium, London SE6 1TP. Family flowers only, but donations welcome please to Greenwich and Bexley Hospice.  https://www.communityhospice.org.uk

BOB BETTS, former greyhound editor of The Sporting Life, writes: Alfie Richards was “Uncle Alf” to so many young lads when he was head of The Sporting Life form room. It was hot metal then and every line of [horseracing] form had to be typed before being sent to the comps.

When betting shops opening in 1961 the Life needed to recruit staff, and a batch of about a dozen youngsters arrived at around that time and were interviewed by Len Sandys.

People such Geoff “Plum” Duffield, Chris “Erik” Gundry, Mick “Molly” Malone, John “Henry”’ Watson and Jimmy Murphy. Alfie, such a much-liked person on the paper, knocked them all into shape in his own style.

Alfie was also a superb footballer, a pocket-sized midfield general with a sweet left foot who once played for Dulwich Hamlet. The Life started a team in the South East London league on Saturdays run by Bob Hearn. One memorable game was when the Life boys were due to play this young team in a crunch match.

Both teams were unbeaten in the division and Alfie had watched them, saying they were very fast and very cocky. He decided to bring in “a couple of pals” … and that included a docker, Alf Lynch, who had been on Millwall’s books.

Alf Lynch was a bulky, no-nonsense player and absolutely world class at our level of football. The match was at Danson Park, Welling and the other team, which had a huge following, started to give Lynch some abuse because of his size.

I played in that unforgettable game, along with Alfie Richards, Danny Garrett, ’keeper Chris Gundry and our “Millwall loanee”. Our boys “sorted out” the cheeky ones – and their arrogant manager – as well as scoring a couple of goals in our amazing 6-0 victory.

A mark of Alfie Richards’s popularity was that he always used to go to lunch with his staff.

Colleague JOHN WATSON writes:  I was so sad to hear of Alf’s passing and was moved by Bob’s lovely tribute, which captures the man completely.

I started in the form room in January 1963, a very bad winter when racing was snowed off for months. Alf took me under his wing from day one and guided me throughout the years of working for him. It was hard work but the fun and camaraderie were endless as we slaved each Bank Holiday.

We worked closely together on the Life until Alf’s retirement and it felt like he was still taking care of me up to that day.

We spent a lot of time together, even catching the same train home in the evening. Rest in peace my dear friend.