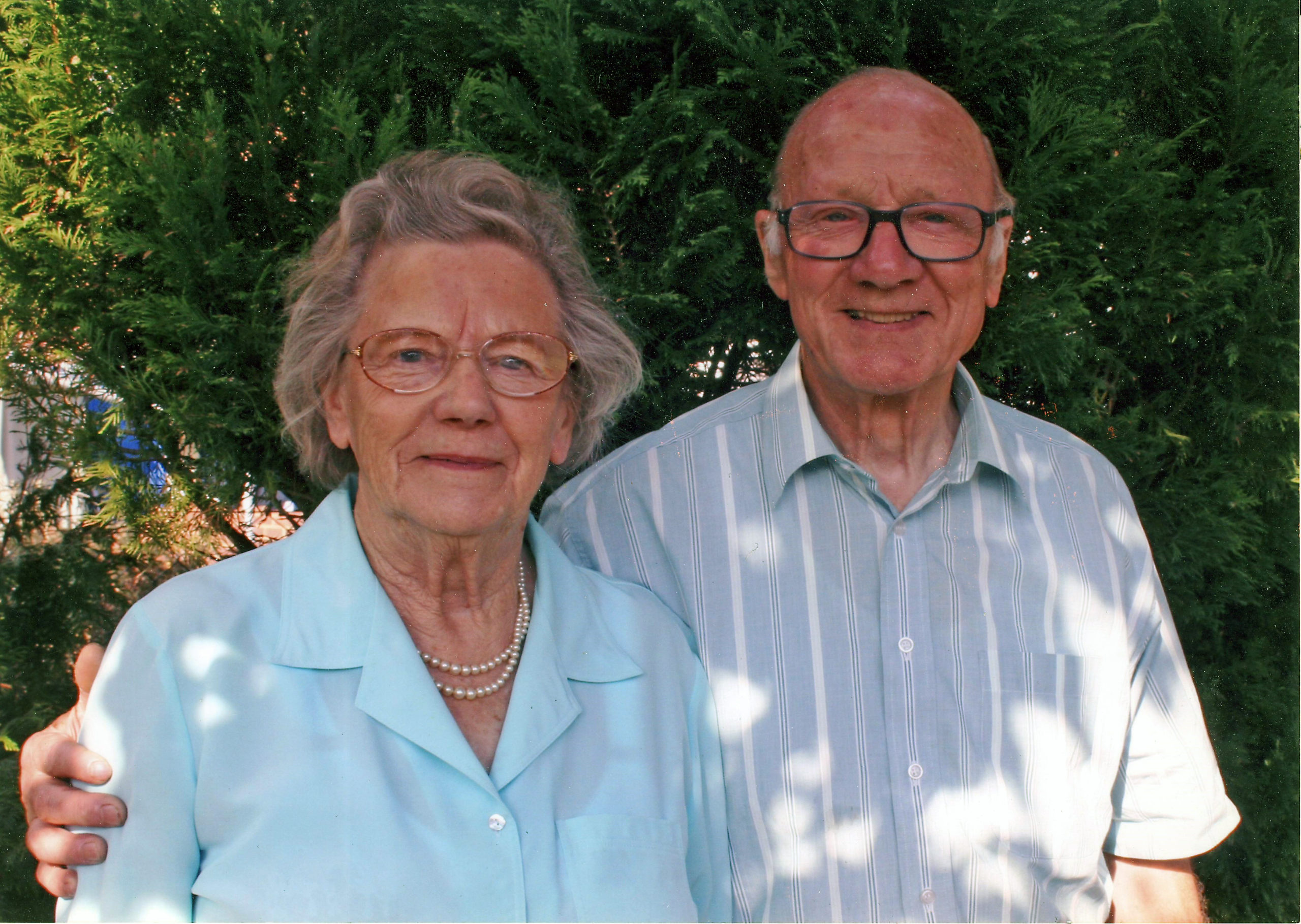 We are sad to report that Alice Avery died on January 21 [2020]. She would have been 96 in March. Alice was the widow of the late Bob Avery, Mirror Group’s former telecomms manager. He was a founder member of the AMP, and from the very beginning Bob and his colleagues in the Association enjoyed great support from Alice. Here are some memories of their life together…

Bob joined the General Post Office – it was known as the GPO in those days – as a messenger boy when he was 14, and had progressed to telephone engineer when he and Alice met. Alice was working as a telephone operator. They married in 1945, by which time Bob had been in the Royal Signals for two years and was due to be sent to Germany.

After being demobbed, Bob found work in the telegraph office (later the telephoto office) at the Swindon Evening Advertiser. His GPO telecomms skills had been further enhanced during his time in the Army.

In about 1955, Bob got the job at the Mirror. It was to define the family’s history. They moved first to a council flat in London’s Notting Hill (before it became gentrified) and later, in 1958, to their house in Theydon Bois in Essex. Bob and Alice lived there together until Bob’s death in 2006, and Alice remained there until a severe stroke in 2014 forced her move to a care home in Derby to be nearer their son, Clive.

In the early years of his career at the Mirror, Bob worked shifts and had fairly regular trips abroad covering Royal visits and the like. Alice did not enjoy the absences, but was always supportive.

The house in Theydon had a large garden which produced huge quantities of home-grown flowers, vegetables and fruit, and which they both enjoyed immensely – although after Bob died Alice revealed that in the later years, he actually hadn’t been all that keen on the gardening! Alice was the driving force – Bob just got to do the heavy lifting!

While Clive was at home, Alice ran the household. After he left for college, she returned to her job as a telephone operator until modernisation reduced staffing levels, and she retired back to her beloved garden with its slightly recalcitrant “under-gardener”.

Alice and Bob’s social life largely centred around Bob’s work colleagues and their local church. Alice tended to be the consort rather than the instigator, although her hospitality and culinary skills were appreciated by all their guests. She was a great baker, although her Lardy cake recipe would probably be banned these days on health grounds.

She very much enjoyed seeing her grandchildren make a success of their lives, and being great grandma to three of The Next Generation.

After Bob died, Alice struggled somewhat to know what to do with herself, but the garden was her main consolation. She did take on a gardener, whom she complained about endlessly, but she eventually trained him into the “right” (her) way of doing things.

At the age of 90 she admitted the house and garden were getting a bit too much, and matters were in hand to sell the house and for her move to Derbyshire when she had her stroke. Alice lost the use of one side of her body and most of the ability to speak. She was frustrated by her condition but was able to take part in at least some of the home’s activities, including gardening, in the early years. Later she suffered a number of “mini-strokes” and her abilities deteriorated further, until a minor chest infection finally proved too much.