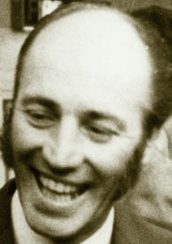 Alan, born in Sunderland, Tyne and Wear, was a legend in his native north east before he became news editor of the Newcastle Evening Chronicle and Journal, based in Newcastle. His cut his teeth on local papers before joining the “Chron”, as it was dubbed, in the Sunderland office. He was also an expert on South Shields, Jarrow and other Tyneside towns as well as Newcastle itself.

He met his wife, Doreen, when she was a nurse at a Wearside hospital, and they had three children – Alan, Amanda and Philip.

Alan was head-hunted by the Odham’s Sun newspaper in 1964, and he left his beloved Tyneside to work for The Sun in the Manchester office. He established a name for himself and the Daily Mail poached him within two years. He joined the Mail staff in London as an industrial reporter, where he quickly excelled and became a friend of most top trade union leaders, particularly Hugh – later Lord – Scanlon.

Alan Law was also a fine cricketer, and often starred at the annual grudge matches – TUC v Labour and industral correspondents – as a fast bowler and opening bat.

His outstanding journalism was noted by Mirror Group, and Alan was invited to join Geoffrey Goodman’s industrial team at the Mirror offices in Holborn Circus. He worked there for most of his Mirror career, and spent at least a year at Canary Wharf after Fleet Street’s flight to docklands. His career at MGN spanned around 25 years, and he reported on most of the major industrial stories of that troubled era.

Alan and Doreen lived for most of their southern days in Camberley and in Cobham, Surrey. In his spare time he became an accomplished “herb farmer”.  After retirement he and Doreen opted to live in Corfu, where he dabbled in real estate.

Former Mirror colleague TERRY PATTINSON writes: “It is thanks to Alan that I landed at job at The Sun in Manchester and later at the Daily Mirror in London. He was my mentor.

“He was one of the best reporters I have ever met and was a great colleague. He was not interested in personal glory, and often gave me some of the top stories to cover. He insisted that I cover the coal industry and the great miners’ strikes.

“He was an editor’s dream because he could spot a tabloid splash and page lead from a mile away and could dictate a splash to copy within minutes. I once saw him dictate the splash straight from his notebook without writing anything down on paper first.

“Everybody warmed to him because he was a gregarious character. Trade union leaders loved him and I will miss him more than most.”