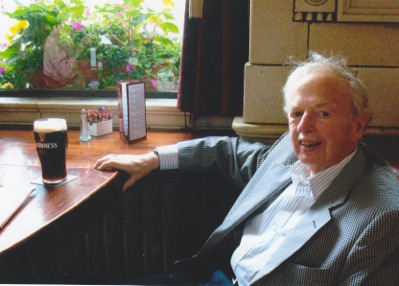 ALAN HOBDAY, former associate editor of The People, died on November 26 (2017.) He had been northern editor, based in Manchester, then night editor in London before his final role as associate editor.

Alan Hobday was one of the unsung heroes of Fleet Street.

As right-hand man to a succession of editors of The People, his experience and journalistic skills provided the kind of shrewd guidance and support which all of them acknowledged.

He earned his reputation as a steadying hand as northern editor of The People in Manchester, boosting circulation to saturation point in the north by brilliantly masterminding the numerous slip editions covering the region.

His reward was a summons to London to serve alongside the then editor of The People, Geoff Pinnington. As associate editor, Alan later became the trusted lieutenant to a frequently changing procession of editors – including Nick Lloyd, Richard Stott, Ernie Burrington, John Blake, Wendy Henry and Bill Hagerty.

One of Alan’s many strengths was the ability to produce stark headlines. Faced with dramatic centre-spread pictures of the wreckage of an airliner strewn across a peaceful, sunlit farm meadow in mid-west America, he took one look and said: “The Killing Fields.”

When I returned from an assignment in Russia with words and pictures of bikini-clad young women frolicking on the beach of the Black Sea resort of Sochi, he put together a striking centre spread with the headline: “Blackpoolski!”

Modest and soft spoken, Alan had the demeanor of a somewhat startled local bank manager who had suddenly and inexplicably found himself parachuted into the tumultuous frontline trenches of national newspapers.

During the war he had served with the Royal Navy on dangerous mine- sweeping operations in the Far East, but he chose to make no more than a passing mention of these perilous missions in which many of his shipmates died.

To many, it was surprising that Alan never became a full-blown editor himself. He was the constant understudy,  always within touching distance of the  leading role.

But even if he didn’t step into the spotlight, to those of us who knew him “Hobbers” was a superstar.