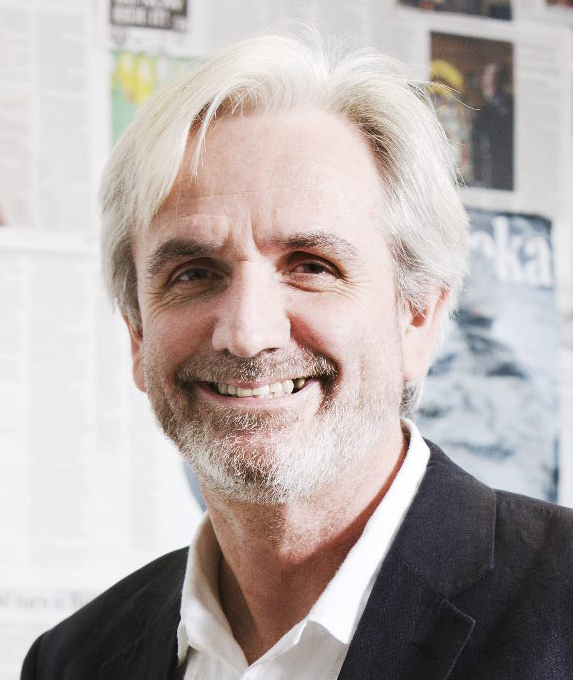 The AMP endorses candidate CHRIS RUSHTON in the current MGNPS trustee election and we urge members to vote for him. Chris is a former sub-editor (and chapel rep on pensions) on the Daily Record. This is his election statement:

As someone who lost out substantially as a result of pension promises made – and not kept – during the Maxwell era, I will always have a special concern for the safety of our pensions and those of our colleagues.

All trustees, whether pensioner, management or independent, need to do their best to safeguard and grow the pension fund to protect the livelihoods of pensioners and their dependants.

We only have to look at the daily headlines to know that this a time of far-reaching changes in the pension world, not least in occupational pension schemes. There is a greater need than ever for reassurance, watchfulness, a sense of togetherness and help on big issues and in individual cases. That is why it is the job of a trustee to not only take a close interest in the internal affairs of our own pension funds but also be alert to developments in the wider world of pensions.

I have had experience of working for the old Mirror Group and Trinity Mirror at all levels from trainee reporter to editor and serving on executive management committees. I value this opportunity to put this experience to the benefit of all MGN pensioners.

Chris Rushton was a product of the old Mirror Group graduate training scheme in Plymouth. He went straight to the Daily Record and worked as a news sub for eight years. He was NUJ chapel rep for pensions and was heavily involved in the month-long strike against Robert Maxwell’s interference. Shortly afterwards, he took a bronze handshake and left to set up his own PR/design company.

Chris kept his editorial hand in by splash subbing for the Sunday Mail on Saturday nights. He moved back into full-time journalism when he became assistant editor of the Sunday Sun in Newcastle-upon-Tyne. Within a year he was appointed editor and he turned the loss-making paper into profit while doubling the staff and INCREASING circulation. He remained as editor for seven years, and the title won a host of awards, including UK Regional Newspaper of the Year.

He left a year after the deadhand of Trinity newspapers (the company that later merged with Mirror Group) took over, and moved immediately to become managing director of a national PR firm. In 2000 he was appointed Head of Journalism & PR at Sunderland University. He built the department from scratch and took early retirement in 2014 by which time he was responsible for 20 staff, 40 visiting lecturers and 500+ students. Chris was made a Visiting Professor of Journalism.

He is now a media consultant, commentator and trainer. He has also been appointed to various boards and committees by the Ministry of Justice, Home Office, Dept for Education, and Ministry of Defence. In addition, Chris has served as a non-executive director on voluntary bodies in the NE region. Chris lives in Morpeth, Northumberland, with his wife, Julie Bradford, who is also an ex-hack having worked for the Newcastle Chronicle and Agence France Press.