Trustee election: it was worth standing 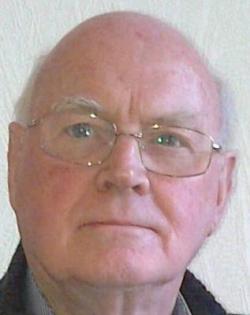 TRAILING in second in an election, defeated by a two-to-one majority, may seem depressing. But in fact I have a sense of “mission accomplished”.

My reason for standing in the election for ‘C’ Director for Mirror Trustees was not personal, neither for myself nor against Ralph Tomes, who was standing for re-election. Mr Tomes’s long and honourable record of service to the pensioners and the pension funds speaks for itself.

Despite the defeat, I feel my standing for election sent the message about the alarm and anxiety felt by pensioners at the current state of our affairs. It would have been surprising if pensioners had not reacted to the shock announcement of Trinity Mirror’s drastic cut in the company’s deficit-reduction contributions over the next three years, when the pension scheme is already in actuarial deficit.

While the Trustees, the Actuary and the Pensions Regulator have accepted that “the employer put forward a strong business case” for reducing the contributions, the details of that case (for understandable reasons of commercial confidentiality) could not be given to pensioners. And scare stories in the national press, before we received any notification of what was happening, added to our concern.

I still believe that in these circumstances the role of the Trustees in scrutinising, challenging and, where possible, reassuring members will become even more important. So important that there should be pensioner representation in future elections.

It’s difficult to ignore some disquieting aspects of the election result. That only 2,262 votes were cast out of a possible 4,598, a turn-out of 49.2 per cent, is disturbing. It may be that the work of director/trustees is not fully understood but, when the performance of the pension fund clearly affects the living standards of present pensioners as well as the prospects of future pensioners, it is surely worth taking more interest.
As I said in my election statement: “An unfortunate ‘them and us’ mentality does not help. We have to recognise we are all in this together because the well-being of the company is essential for the well-being of the pension schemes.” The former director who wrote that I was a “stooge” candidate, implying that I might not be bound by the promise I signed when I put my name forward to abide by commercial confidentiality and the obligation to act in the best interests of the fund and the pensioners, obviously didn’t get that message.