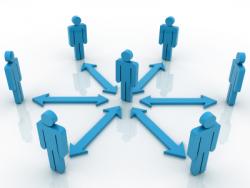 The closure of the MGN Pension Scheme to future accruals from 1 April 2010 means there should no longer be any ‘B’ directors – those representing contributing members – on the Trustee Board.

The AMP has long been concerned at the unequal representation between active pension members, deferred pensioners, and those receiving their pension. This should now be eliminated.

Under existing rules the AMP believes the three ‘B’ directors should have resigned, offered themselves for re-election together with any new nominees, and ALL members of the pension schemes voted for three new ‘C’ directors.

It was unfortunate timing that 1 April 2010 also saw the handover of the Independent Chairmanship from Michael Pickard to Joanna Matthews.

To avoid adding to Joanna Matthews’ workload, and to retain three experienced directors, the AMP was therefore willing to accept the three ‘B’ directors switching to a ‘C’ director role.

But this can only be a temporary measure. Some 1300 deferred pensioners – soon perhaps 25% less after recent announcements – voting for three directors, while the 9000 other pension fund members vote for the other three directors is unacceptable.

The Trustee Board have announced their intention to carry out a review, but with a one year time scale. This is also unacceptable. Democracy must be restored, and several member directors’ periods of office end soon.

How long does it take to accept that ALL pensioners and deferred pensioners must be able to vote for ALL their member directors.