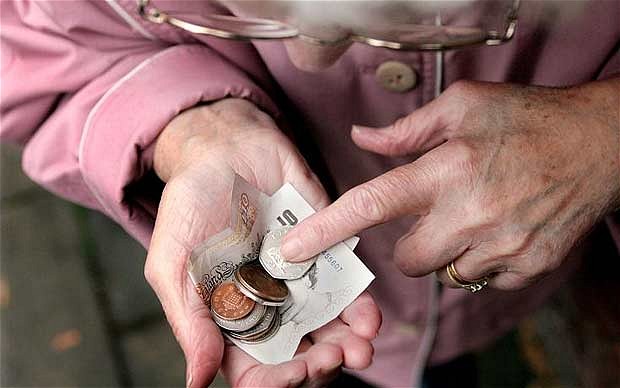 The prime purpose of the AMP is to act as watchdog – and that role has never been more urgent than now.

Our association was formed in the aftermath of Robert Maxwell’s pension funds rip-off, so we are naturally always wary. But developments in the wider world of pensions outside our own company schemes are now just as worrying.

The warnings from experts in recent weeks have been increasingly disturbing – “whichever way you analyse it, Government policy on pensions is in a right old royal mess” … “occupational pensions are at a crossroads” … “the pension deficit of UK companies has grown by £89bn in just one month, hitting a record level of £935bn” … “the defined-benefit funding crisis is one of the great problems of this age”.

Without being alarmist – the fast-changing pensions scene needs to be watched and we should all be prepared to speak out. And that is something YOU can all do.

UK company contributions to help reduce the ever-growing pension deficits – where the potential liabilities of the scheme are greater than the assets – have become a touchy subject.

Advisers PWC say: “Companies are under increasing pressure from regulators, unions, workers and the media to address the current funding gap. These deficits have been driven by a fall in equities and bond yield. We are living longer than expected and, while only an actuary would tell you that this is bad news, it is one of the reasons for a rise in the liabilities. Pensions Regulator policy is that organisations must clear these deficits as quickly as possible.”

Trinity Mirror’s recent half-yearly report said the pension deficit increased by £120.8 million to £426.0 million, driven by a fall in long-term interest rates. The TM board has agreed to contribute a minimum of £5 million as additional funding to the defined-benefit pension schemes but, as we reported earlier, those contributions still do not match the dividends the company has paid to shareholders.

Through our membership of the Occupational Pensioners’ Alliance, we are kept in touch with all the latest developments, plus OPA lobbying on issues such as the knock-on effects of the BHS and British Steel pension negotiations which could affect all of us.

In Parliament, a select committee has launched a new inquiry into the sustainability of thousands of defined-benefit schemes such as ours, including the Government proposal to utilise the normally lower Consumer Price Index to calculate State pension increases rather than the current Retail Price Index.

This is what the National Pensioners’ Convention (http://npcuk.org/) thinks about the current situation: “The triple lock on the basic state pension is guaranteed until 2020, but there is no doubt that the likes of Ros Altmann and others will be using their influence between now and then to alter things in the future. That means that the triple lock could become a vote winner or loser depending on which party is prepared to commit to keeping it.

“The Department for Work and Pensions has also released figures showing that the basic state pension would have actually been £1.15 a week higher in 2015 if the government had not changed the rules on annual increases. Up to 2010, the basic state pension had risen in line with the higher of the Retail Price Index (RPI) or 2.5%. In June of that year, the Chancellor announced that the RPI would be replaced by the lower Consumer Price Index (CPI).

“The result meant that the basic state pension would have been higher for four years of the Parliament under the old rules, rather than using the triple lock. By April 2015 it would have been £117.10 a week rather than £115.95 – £58.90 a year more. The total loss to someone receiving the full basic state pension over the five years of the triple lock has therefore been £163.80.

“The triple lock is not therefore the problem. The problem is our basic state pension remains one of the worst in the developed world.”

It is important that we all speak out as the AMP – but also as individuals. What can YOU do?

Watch the headlines. Get in touch with your MP and insist that he or she speaks up for YOUR concerns. (You can access your MP’s contact details at http://www.parliament.uk/mps-lords-and-offices/mps/)

Write to national and local newspapers to make sure pensioners’ worries are understood.

It’s YOUR pension – look after it.