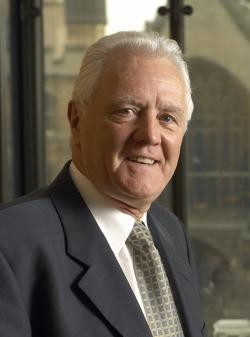 The AMP is delighted to announce its new Patron in Parliament is Lord McFall of Alcluith. He succeeds the late Lord (Alf) Morris, who died last August.

As Labour MP for Dumbarton and West Dunbartonshire for 23 years, John McFall established himself as a powerful and pugnacious performer, particularly on financial matters.

During ten years as chair of the Treasury Select Committee, he held to account successive Chancellors of the Exchequer, as well as the Governor of the Bank of England and City bankers and financiers, earning himself the title ‘the champion of middle Britain’.

When he stood down at the 2010 general election, he was created a life peer and has become active on a broad front – from financial matters to children’s rights and overseas aid.

Lord McFall, 68, has shown his special concern for the protection of pensions in a time of growing economic hardship by chairing the Workplace Retirement Income Commission.

The Commission’s report for the National Association of Pension Funds warns of a ‘ticking time-bomb’ and the potential for a pensions crisis in the UK.

Recently, he joined in the successful campaign against proposed changes to the calculation of the retail prices index and its impact on pensions.

Lord McFall says: “I am looking forward to working with the Association of Mirror Pensioners in any way I can.”