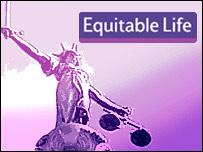 MPs have been urged by the AMP to re-investigate a compensation scheme which is leaving individual members with losses of thousands of pounds.

Letters are currently being received from the Equitable Life Payment Scheme (ELPS) telling Mirror pensioners they will receive only 22.4 per cent of their entitlement as calculated by the ELPS.

AMP chairman Tom Brown has told the MPs of “the frustration felt by our members and, no doubt, thousands of other needy pensioners”,and asks: “What is the purpose of the Equitable Life Payment Scheme? Is its aim now to save money at the expense of pensioners?”

The AMP members affected are those whose Mirror Group Pensions AVCs were paid by the company into a “with profits” benefits scheme with Equitable Life and left to mature. At the time, it was regarded as a safe investment with the world’s oldest mutual insurers – but in 2004 a government report found the company had made over-generous payouts and it was calculated there was a £4-4.8bn loss.

In October 2010, the coalition government announced that compensation of £1.5bn would be paid. Up to now, the scheme has paid out only about half of that to some half a million policy-holders.

Trinity Mirror’s pensions office has been most co-operative in supplying details of affected pensioners and deferred members to the Equitable Life Payment Scheme and that has resulted in the payments now being offered.

In July (2013), the House of Commons Public Accounts Select Committee published a highly critical report on the administration of the Equitable Life Payment Scheme.

“The letters our members have received from the administrators of the payments scheme are extremely dismissive, confusing and negative, and make unsupported assumptions about the losses suffered by individuals. In addition, we are left with the impression that private investors appear to be receiving quicker and better payments than pensioners from company and occupational schemes.

“Worst of all, when our members query why the level of compensation is less than the financial contributions they made – in some cases receiving nothing at all – they are told there is no appeal. Surely this is contrary to justice and unique in the administration of a publicly-funded compensation scheme.

“Our claimant-members are being told that although they lost what to them are significant sums of money, they are not due adequate compensation because of an assumed “relative loss”. The Scheme’s reasoning is that if members had taken their AVC money and invested it themselves, they would still have made a loss.

“This assumption is so illogical it is risible; yet it is seriously advanced that the EL Payment Scheme’s actuaries know what investments individuals would have made and how these investments would have performed.

“On questioning this, they are told ‘the calculation of an individual’s relative loss is a highly specialised area requiring detailed and complex actuarial modelling’. As one disgusted member commented: ‘In other words, take what you’re given – you’re too dumb to understand how we worked it out.’

“The AMP requests that your Select Committee should reopen your inquiry with particular attention to the highly dubious criteria being used to determine whether claimants have a case and the amounts they should receive; the arbitrary use of a mythical ‘relative loss’ figure; and the unjust absence of an appeal procedure.”