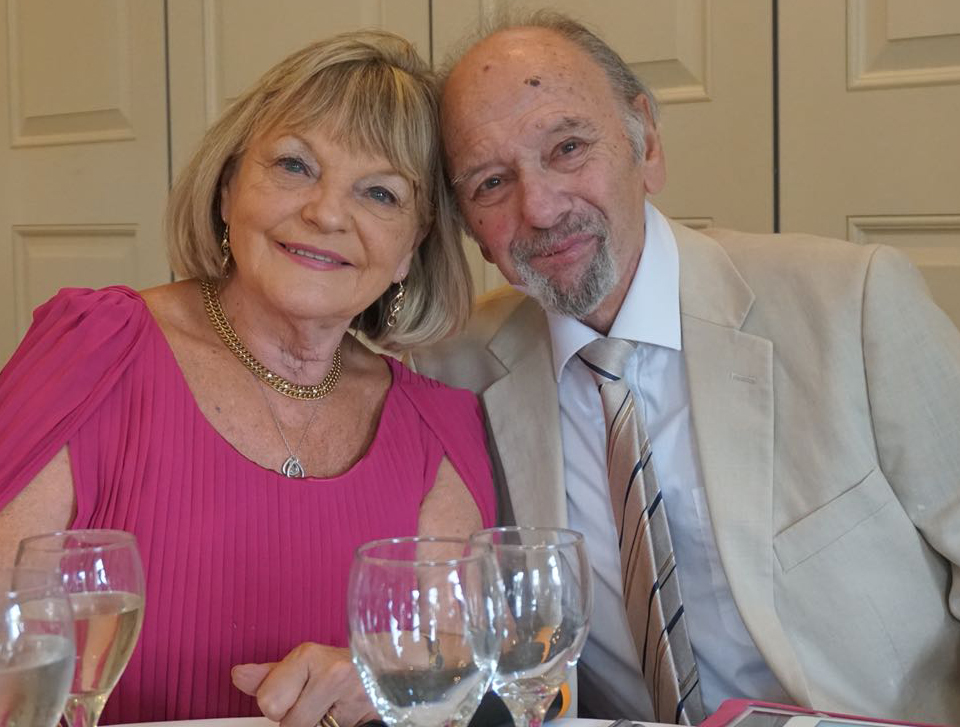 FORMER Sporting Life executive editor and golf correspondent extraordinaire Jeremy Chapman and his wife Christa celebrated their Golden Wedding in July. It was a milestone in more ways than one since Jeremy has been battling cancer since 2009.

He said: “Our Golden Wedding anniversary lunch for 40 family and friends went brilliantly in the Barnes Wallis Suite at the beautiful, listed Burhill Golf Club. I’d booked my favourite young singer Rebecca Lacey to perform some of the songs that are landmarks in our marriage. Her set rounded off the four-hour bash.

“I spoke for ten minutes – which was a bit of an ordeal with my voice problems – but I got a few laughs, as did my daughters, and as did the Racing Post’s chief reporter Lee Mottershead who is a great friend (and a tower of strength in our pub quiz team).

“Relatives flew in from Italy and Germany, and Racing Post French correspodent Scott Burton and wife Carole from Paris, so it was an international gathering

“Michele Brourman, who used to play piano in Bob Dylan’s band on tour, wrote a wonderful song for us entitled This Far, and sent a recording of it over from LA. It was an honour and rather humbling, and I now have the words of our song framed.”