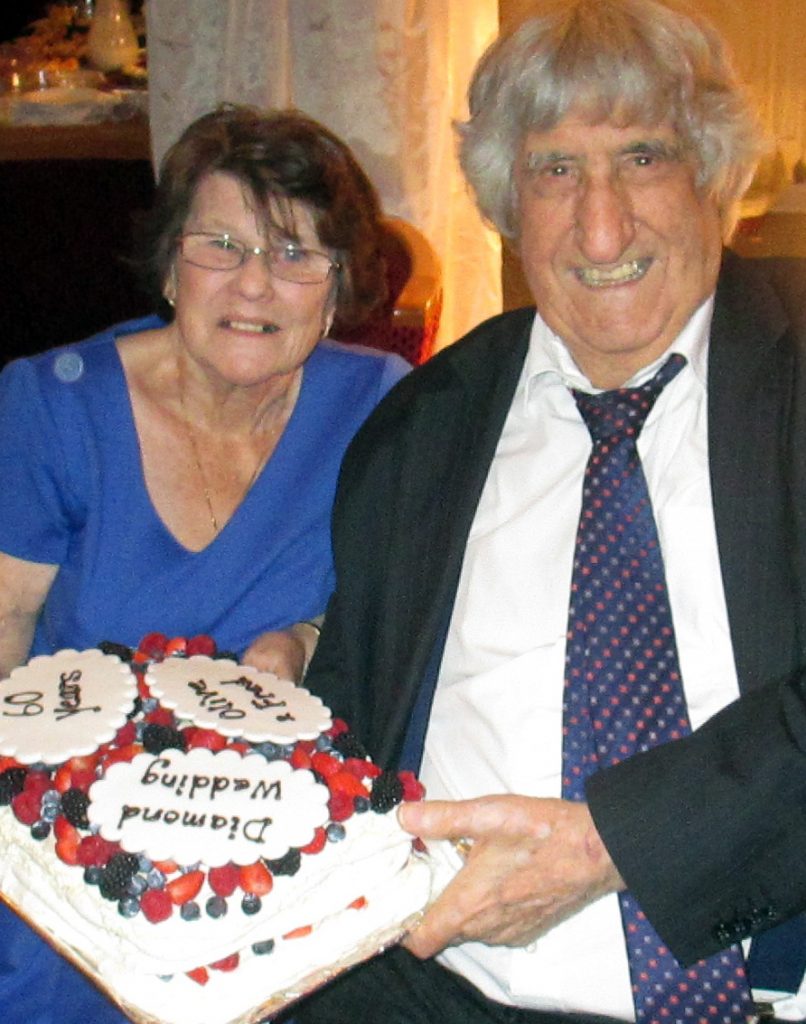 Diamond Weddings are quite rare, perhaps even more so in the newspaper business! So let’s congratulate FRED LOFTHOUSE and his wife Olive on their 60 years of marriage, celebrated last July.

Fred will be remembered from his time in MGN cashiers, and later, the Holborn library.

He and Olive were married in July, 1957, at Christchurch, Highbury, London. In the intervening years, they had seven children – a boy and six girls. Between them, Fred and Olive’s children now have 21 children of their own.

One of their daughters will be very familiar to AMP members – Carol McNamara is group pensions administration manager at Trinity Mirror.

Fred and Olive’s son Paul, their eldest child, worked on the picture desk at the Mirror. He was killed in a motorbike accident in May, 1978.

Another of their daughters, Deborah, also worked at the Mirror in the publicity department.

The dazzling Diamond party was held at the British Legion in Loughton on July 10, 2017, and about 100 people joined in the celebrations.

Among them, two female members of the extended family were carrying Fred and Olive’s latest great-grandchildren. Matthew and Emily had a boy named Max four days after the party, and Nikki and her partner Dan had a girl, Isla, in January. 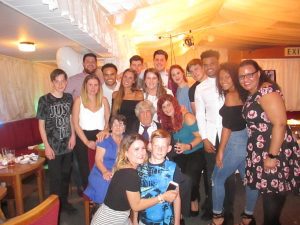 HAPPY ANNIVERSARY: Fred and Olive surrounded by most of their 21 grandchildren at their Diamond Wedding party

Fred said: “The Diamond Wedding party was a fabulous occasion. Of course, when you add it up we supplied almost half the total guests with our immediate family!”

If any old friends or colleagues wish to get in touch, please contact Fred via email at fred.loft32@gmail.com