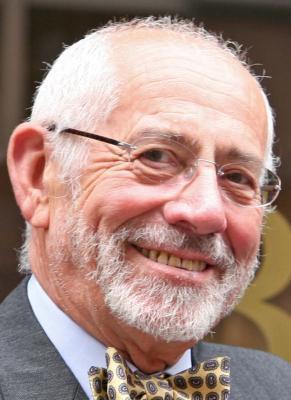 DAVID THOMPSON joined the Daily Mirror as a news sub-editor in 1966. Two years on he was in the political team becoming chief Parliamentary correspondent, a lobby correspondent and later the leader writer. David was chairman of the Parliamentary Press Gallery in 1978.

He was active in the NUJ being FoC twice, Parliamentary Branch chairman, then City of London Branch chairman and a member of the union’s National Executive. Later, he was British Association of Journalists’ chairman.

Pre Maxwell, David led a failed attempt for a staff buyout of MGN, and a bid which failed on technical grounds to ring-fence the pension fund through a Parliamentary Private Bill.

He was purged in 1993 during the Montgomery era, worked as a consultant in campaigning PR, public and trade union affairs and in local government. David launched and edited for two-and-a half years the broadsheet daily newspaper the Bahrain Tribune.

David stood down as AMP chairman in October 2012, and became honorary life president of the association in February 2013.