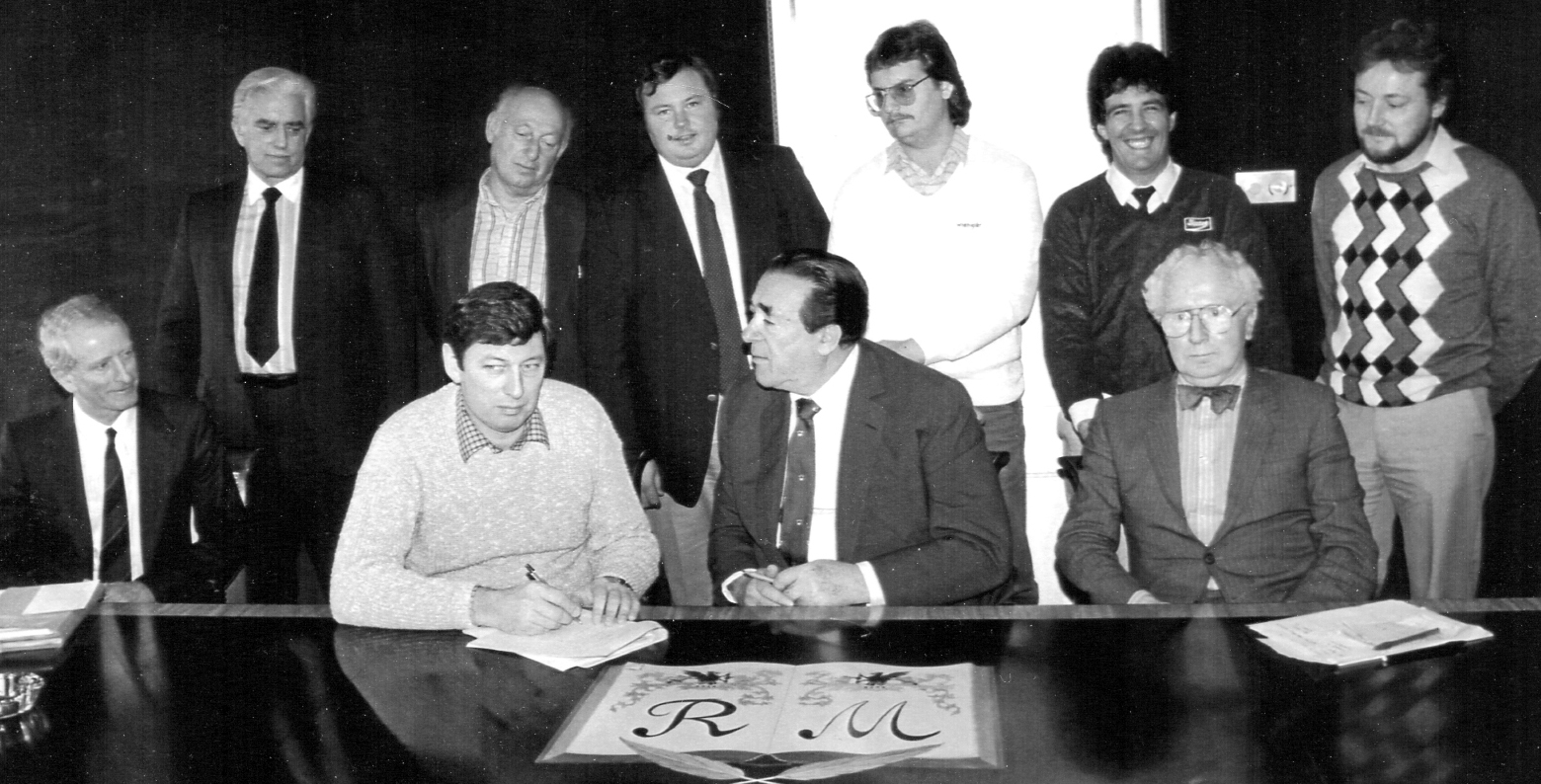 From CAROLE CAMPBELL
My husband Bill Campbell is on the extreme left of this picture wearing a rather nice suit. He was chief mechanical engineer at the Mirror for some 25 years – his boss was Charlie McDonald, head of engineers.

My Bill died in 2006, and going through things like you do, I came across this photo tucked away, and sent it in to AMP. I would love to know who the other guys are, or if any are still around.

I think the photo was taken at meeting between Robert Maxwell, managment, and the unions, Bill was always going to them.

Maxwell’s probably effing and blinding at Bill like he always did! Although, in Maxwell’s defence, he liked Bill and they got along well.

Bill joined Mirror in 1969 – very memorable because our only child Claire was born that year and his first day was the Monday after her Christening.

Following Maxwell’s departure Bill worked in Watford for about another two years. He finally retired about ten years before his death at only 68 years young.