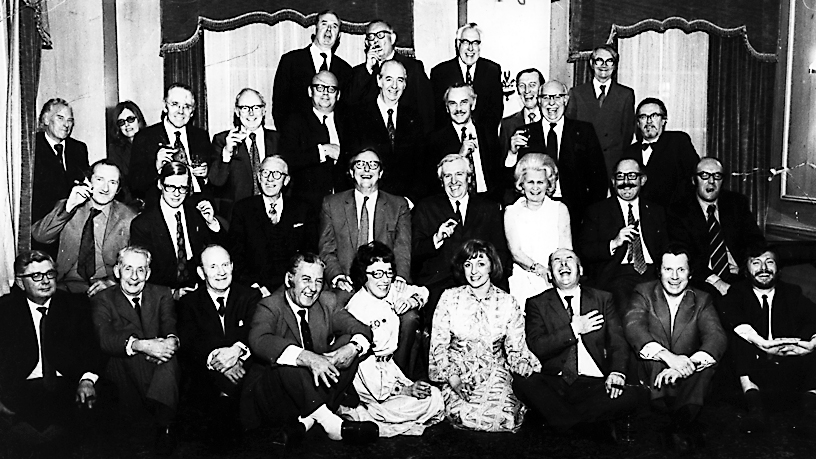 HERE’S what must be one of the greatest line-ups of Mirror talent there ever has been in one picture. It was taken in 1972 to say farewell to Howard “Johnny” Johnson, the doyen of chief reporters.

The picture was dragged out of the personal dusty archives of Robin Parkin, former Mirror assistant night editor and now living the good life – feeding the ducks and the chickens – in France.

Robin wrote: “Here as threatened is a memory lane pic of Mirror folk SMILING. Bet they don’t do that much now.”