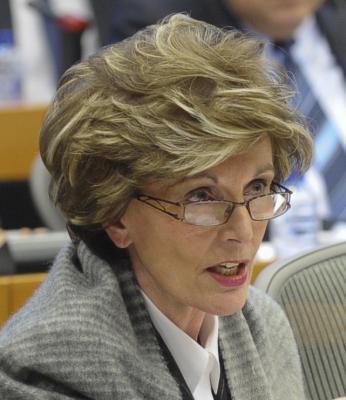 Jacqueline, who has wide experience within Europe both as a parliamentarian and a consultant in Brussels, was elected to the European Parliament for the second time in June 2009. She is one of three Conservative MEPs for North West England and is her party’s spokesman on the transport and tourism committee. Jacqueline agreed to become a Patron, our first in the European Parliament, shortly after the election. Having lost her previous seat in the Parliament in the 2004 elections, Jacqueline became a consultant and adviser in Brussels to the aviation and aerospace industries. Before becoming an MEP she worked for British Airways for 20 years. Jacqueline was for 10 years deputy general secretary of the independent airline trade union, Cabin Crew ’89, specialising in UK employment law and negotiating employment contracts and industrial agreements.