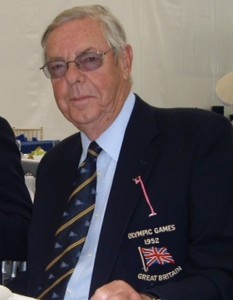 FORMER MGN finance director LAWRENCE GUEST, who died on January 14 (2016), is remembered by ROY WHITE and, below, JOHN HEMPLE.

We always new him as Lawrence, never Laurie. He was a poplular man, well-liked. I suppose you could say the only enemy he had was Robert Maxwell.

I first met Lawrence in 1959 when he was he was our auditor at Deloitte Plender & Griffiths at Longacre Press (formerley Hulton Press). We had just been taken over by Odhams Press and Lawrence was poached by the new company to become chief accountant.

When Odhams was later taken over by Mirror Group Newspapers, a company was formed to take control of both MGN and Odhams Magazines (which later became IPC Magazines.) Lawrence became chief accountant of the holding company, IPC Ltd.

When Reed International sold MGN to Maxwell, Lawrence continued as the company’s finance director. I left MGN in 1988.

Lawrence Guest’s career at MGN continued until 1992 when he resigned in the aftermath of the Maxwell scandal. He had served as finance director since 1977.

Lawrence Guest was a keen sailor and enjoyed sailing his yacht. He was Cox of the Thames Four at the 1952 Helsinki Olympics, while still at school, and also participated in the 1956 Olympic games as Cox of the Rowing Eights.

JOHN HEMPLE writes: It was a sad day for me and many other colleagues when, in January, former Mirror Group Newspapers finance director  LAWRENCE GUEST died peacefully at home, following a two-year illness.

Lawrence left the Mirror shortly after the Maxwell debacle and, through his love of the sea, moved with his wife Beverly to Selsey, near Chichester. He bought a sailing yacht, a Westerly Oceanlord, on which he spent many days enjoying his dream. He was an accomplished sailor with full yachtmaster qualifications.

Also a keen golfer, Lawrence was a member and treasurer of many associations.

It’s not widely known, but Lawrence’s claim to fame was his participation as Cox in the 1952 Olympics in Helsinki. And in 1969, he was awarded a commendation and certificate of bravery when he rescued two boys from a house which was ablaze.

Lawrence will be remembered fondly by all who worked closely with him. He had a strong sense of humour, and was a gentleman in every sense of the word. It was a privilege and an honour to work with Lawrence and to call him a friend as well as a colleague.