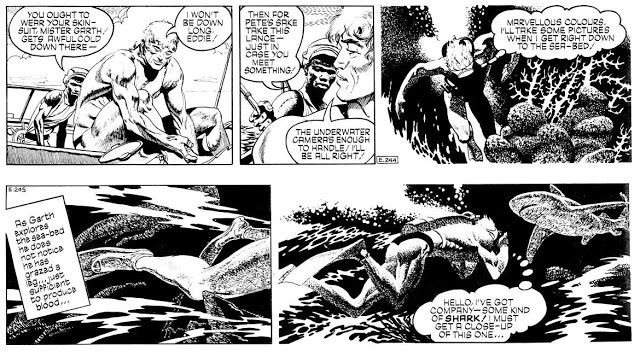 By Luke Cornelius: British illustrator John Allard, an artist on the classic comic strip “Garth” and former Cartoon Strips Editor at the Daily Mirror, died on November 7 at the age of 90.

Allard was born in 1928. In 1943, at the age of only 15, Allard became the assistant to Steve Dowling, the creator of the Mirror‘s new action-adventure comic strip, “Garth”. He shared the workload with Dowling – he did the initial pencilling for the strips, and then inked the backgrounds once Dowling had refined and inked the main characters. After national service, Allard returned as assistant on “Garth” in 1948.

Don Freeman took over the writing of the strip shortly after, and took it away from the mystical direction Dowling had set for the series. The combination of Freeman and Allard brought one of the most significant developments for the character: Allard had a personal interest in history and often drew historical scenes for his own amusement, so when Freeman came to Allard with an idea for a historical story, Allard was incredibly enthusiastic. This led to ‘The Seven Ages of Garth,’ the first time-travel adventure for the titular hero, and they became a mainstay for the title.

As “Garth” remained popular, different writers rotated in the role, but Allard continued to work on the artwork until Dowling’s retirement in 1969, which left the artwork solely in Allard’s hands. In 1971, Frank Bellamy took over the artwork and Allard started providing the scripts instead. In 1986, Allard then became the Cartoon Strips Editor for the Daily Mirror, and created another successful strip, “Scorer” . He oversaw “Garth”  until his retirement in 1992.

In 2011, some of the classic “Garth” stories began to be reprinted, and Allard’s fifty-year involvement contribution to these classic stories, and indeed the entire character, will not be forgotten.

Luke Cornelius is currently studying English and American Literature and Creative Writing. You can read him at: http://www.multiversitycomics.com/author/lcornelius

Below: John Allard in 2014, pictured by Anthony Jones 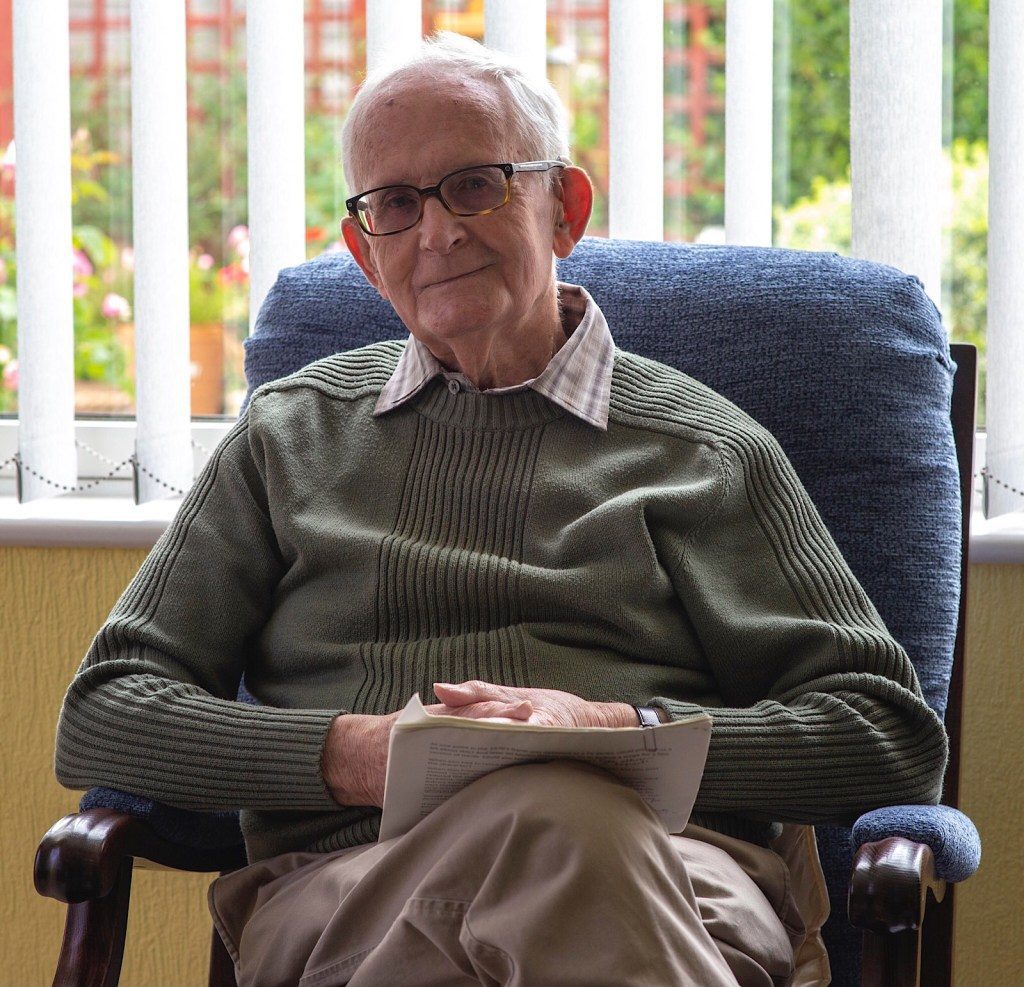