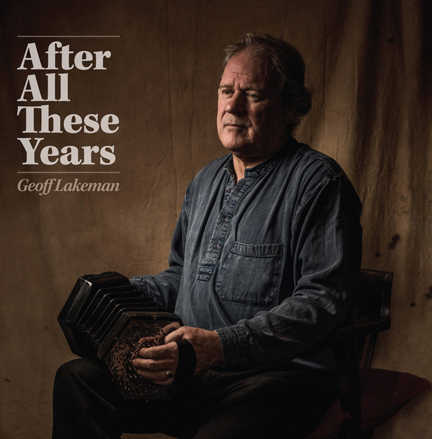 Former veteran Daily Mirror reporter GEOFF LAKEMAN is now a musician and has released his debut solo CD – at the age of 69.

After 50 years as a journalist, his second career as a folk singer has seen him switch from writing headlines to making them.

Geoff wrote for the Mirror for 35 years, 25 as a staff district man in his native West Country and seven more years as a freelance. He previously worked for The Daily Telegraph and Press Association, as well as provincial papers, and helped start commercial radio in the UK as one of the first LBC and IRN reporters.

But now he is emulating his three sons and two of their wives who are all internationally-acclaimed folk/acoustic musicians.

Mirror staff will remember Geoff as the reporter with the “squeezebox” who entertained us at get-togethers and leaving parties with his witty “Boys of the Byline Brigade” – probably the only folk song written about the glory days of Fleet Street, which Roy Greenslade once printed in full in The Guardian and is reproduced below.

Composing and singing were just a hobby in those days as he and his violinist wife Joy brought up their three sons with a passion for music. They played as a family band at charity events, folk festivals, steam fairs… and then The Lakeman Brothers joined two Yorkshire girls, Kate Rusby and Kathryn Roberts and became a folk “supergroup” Equation who toured the world and were signed to Warner Music.

Then youngest son Seth went solo and was nominated for the prestigious Mercury Music Prize, had gold and silver albums, a Top 10 hit CD, and three other Top 20 albums – unheard of for a UK folk musician.

Seth has toured the world, headlines festivals and has worked with music superstars including Robert Plant, Ethan Johns, Jools Holland and The Levellers. Eldest son Sean and his wife Kathryn Roberts have twice been voted BBC Radio 2’s “Best Duo”, and his middle son Sam and his wife, famous Irish singer Cara Dillon, also play all over the globe and have won many awards.

The family have taken their music all over the USA, to Australia, Canada, China, India, the Far East and just about every country in Europe.

Never did Geoff think that one day, he too would pack out folk clubs, arts centres and festivals… and get national radio plays.

He was made redundant from the Mirror aged 58 but continued to write for the paper. “The daft buggers were paying twice every month. I got my pension and then payment for my freelance efforts,” he said.

Then, at 65, when he fully retired, Geoff decided to concentrate on his music – and his boys have badgered him ever since to make a CD. He’s finally done it.

“I just had to call it ‘After All These Years’ said Geoff. The CD has received rave reviews from national press, music magazines and a string of websites. Mark Radcliffe played a track on his BBC Radio 2 Folk Show and dozens of local radio stations around in England, Wales, Ulster and Scotland have also given it airtime… plus interviews with Geoff, which sometimes involve his playing live.

The CD is very much a family affair – with all his famous offspring and their wives playing or singing along. Other mega guests on the album include folk singer Nic Jones, who just happens to live in the same Dartmoor village as Geoff and Joy.

“Nic sings harmony chorus on a bitter-sweet song called England Green–England Grey, written by my friend Reg Meuross. It’s a bit of a rant about the state of the country and this government.”

Geoff’s CD includes tender English and Irish ballads plus some “Americana” and some of his own songs including “Tie ’em Up” which is about the difficult time fishermen are experiencing in their industry.

“I had a very demanding and satisfying career as a journalist. But music is what defines me now. I have a busy summer of festivals coming up. Cornwall Folk Festival has even made me their patron.

“I get to hang out with some of the best-known folk artists in the world. It’s wonderful to be taken seriously and treated like a proper musician.”

Visit Geoff’s website: www.geofflakeman.co.uk for details of his gigs. The CD “After All These Years” is available via the website or on Amazon, and the UK’s largest folk and indie record label, Proper Music, is also distributing his album so you can probably get it in your local HMV or specialist record shop.

No more will we see them parade

The ink in their veins, it has gone down the drains

The lead in their pencil’s beginning to fade

We’re ending a chapter and turning the page

For the Boys of the Byline Brigade

They once did a bloody fine job

In the army of dear Captain Bob

In Fleet Street they led, with their middle-page spread

With scoop and a splash, well they cut a fine dash

No more will the telephone ring

It’s an end to their globe-trotting fling

Farewell, with a sigh, to the bank in the sky

Goodbye, you old hack, to the Stab In The Back

They’ll carry you off, in your own mink-lined coffin

You Boys of the Byline Brigade

Exclusives were their stock-in-trade

But they’d sell their own granny for twenty five quid

Farewell to the headlines, they’ve met their own deadlines