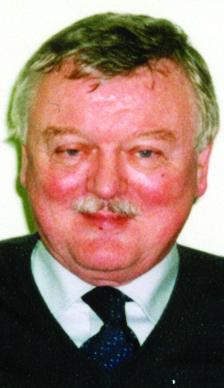 CRAWFORD McAFEE has been an AMP Committee Member for several years. He is now fully retired after a sub-editing career spanning 49 years having worked on most national newspapers, starting with the Beaverbrook Daily Express in Scotland in 1962. He moved south to Manchester and the old Odhams Sun in 1966, then in quick succession to the Daily Mail and Cudlipp’s Daily Mirror – my spiritual home – in 1968.

Crawford transferred to the London Mirror in spring 1976 and happily worked there until David Montgomery wielded the axe on the grey-hairs in 1995. He then worked as a freelance on the Express and at Wapping, then as a staff sub on the Financial Mail until 2003. He has always been interested in the welfare of his fellow workers in the industry – I have served as National Chairman of the British Association of Journalists as well as my AMP committee work.